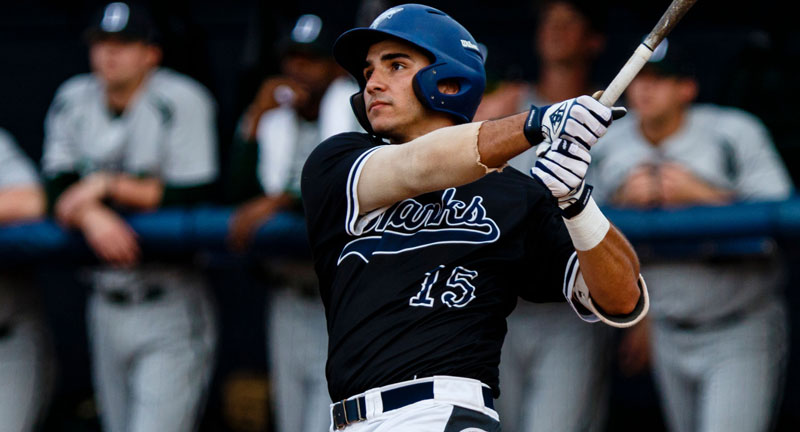 While it’s nice to be mentioned in the preseason rankings, those numbers don’t mean much of anything when it comes to the postseason. If teams don’t finish well down the stretch and play their best baseball when it counts the most, accolades in January are irrelevant if you’re not deserving of the same considerations in May.

Heed the legend of George Mallory, an English mountaineer who gained acclaim nearly 100 years ago. He gained recognition for his climbing career and attempted to be the first person to scale Mt. Everest. He received incredible admiration prior to the task. Among the praise that was bestowed on him were these celebratory words:

“Mon dieu!—George Mallory! He’s six foot high, with the body of an athlete by Praxiteles, and a face—oh incredible—the mystery of Botticelli, the refinement and delicacy of a Chinese print, the youth and piquancy of an unimaginable English boy.”

Nevertheless, despite his ballyhoo Mallory wouldn’t go down as the first person to defeat Everest. He never made it back down from the peak and instead died and has remained frozen on the mountainside for the past century.

With that, teams absolutely, positively, unequivocally must produce at the heart of the season. Pristine preseason prognostications are great but are meaningless unless you complete the task.

Along with each of the three division rankings this week are a mention of teams that were deserving of praise before the season started, but, like Mallory, stumbled a bit as they tried to accomplished their goals. However, despite their underachieving, they have resurrected their postseason promise with a strong second half of the season. There still is reason to believe these clubs could still be the ones to plant their pennant at the top of the respective divisions this season.

Rankings are based on games through Sunday, April 15.

Nova Southeastern Sharks
The Sharks were a difficult team to gage headed into the season as they had a substantial turnover in talent. However, NSU has unquestionably become one of the division’s powerhouses and they don’t rebuild, they reload. Over the last decade the program has been churning out future professional players with the ferocity of Adam Sandler making garbage movies. NSU currently has four alumni in the Major Leagues, highlighted by J.D. Martinez, who got his start in Fort Lauderdale before becoming an All Star and 20 million dollar free agent.

The Sharks were 6-6 out of the gate, which didn’t impress on paper, but three of those losses were to Tampa and Delta State who currently are ranked second and third in the Top 25. One was to St. Thomas who has been in the top three of the NAIA rankings all year long and the other two were on the road against North Alabama, who entered the Top 25 this week. Since that early unsettling spell NSU has gone 23-3 and has entered the top 10 for the first time this season.

The Sharks have a series against a respectful Eckerd club this weekend but will really have their fins full after that with series against top-ranked Florida Southern and fifth-positioned North Greenville as the regular season reaches its crescendo. Should NSU capture each of those series they could convincingly claim themselves as the top team in D-II.

Few teams have as pungent of an offense as NSU with two-thirds of their everyday lineup batting at least .333. Jake Anchia and Andrew Liberty are two of the top hitters as Anchia recently surpassed Martinez as being the school’s career home run leader and Liberty is topping the team in batting average, slugging percentage and on-base percentage. The pitching staff’s numbers aren’t quite as imposing, but there are few hitters who’d prefer to face the bleach blonde locks of Devin Conn who has fanned 88 in 60 2/3 innings after transferring from Middle Tennessee State.

Minnesota State Mavericks
MSU was ranked fourth to start the season but dropped out of the rankings a month ago. Currently the Mavericks have a 14-game winning streak and are 24-7 after starting the year 10-7 and could be back in the Top 25 before the week’s end.

Tennessee Wesleyan Bulldogs
The Bulldogs aren’t currently in the Top 25 but they are far from being overlooked. An eye has been on the team ever since the preseason when they were ranked fifth as they returned five everyday starters and six experienced pitchers from a team that won 41 games last season and were within a whisker of reaching the NAIA World Series.

Nevertheless the Bulldogs started the season looking like anything but title contenders. Twenty-one contests into the season TWU was a game under water at 10-11.  Many of the losses were against the ranked ilk of Faulkner and Georgia Gwinnett, nevertheless, a better record was still expected from the perennial power.

Perhaps some of the early shortcoming were due to the resurrection of Billy Berry as head coach who returned to TWU after a two-year absence, although that seems doubtful considering his history in Athens where he has led the team to a trio of World Series appearances and a national title in 2012. Another cause for the shaky start could have been problems infusing the carryover, injured and incoming talent. Collin Ridout was one of the NAIA’s top hitting shortstops last season. He needed to mesh with Aloysis Cruz, who had his 2017 season cut short due to injury, and Tristan Clarke, who transferred in from the University of New Orleans. While baseball is a series of individual contests, it still takes a team to win a title.

Since March 9 whatever was hampering TWU has evaporated. The ‘Dogs have gone 18-6, a winning percentage much more reasonable for a team with that amount of talent. Those wins include a victory over Georgia Gwinnett, which has proven to be an incredibly elusive claim this season, as well as a victory in a hard fought series with 11th-ranked Bryan.

The remaining games on Tennessee Wesleyan’s schedule give them a great opportunity to boost their winning percentage headed into the postseason. They’ll face Point, Milligan and Talladega, all very winnable series. Victories in those games, along with midweek wins over Cumberland and Campellsville this week, could give them a rankings boost as well as confidence to make another deep run into May.

LSU Shreveport Pilots
LSUS was 10th to start the year, but fell out of favor with the Top 25 after an unimpressive 12-10 start. They took a four-week hiatus from the rankings but have been back with a vengeance having gone 21-3 since then and swept their last two series, one of which was against a very good Texas A&M-Texarkana team.

Southern Maine Huskies
There was much optimism for the Huskies to have another successful run in 2018. The team had a 34-13 record last season and they finished the year a win away from making their ninth D-III National Championship Series appearance. With many of their top hitters back, and ace closer Jake Dexter (whose name would be the perfect moniker for a film noir sleuth) in the bullpen, USM was designated 13th headed into the season.

Despite the favorable forecast the Huskies went 5-5 to start the season. With the losses the Huskies tumbled out of the rankings but never fell far from the “receiving votes” category.

Since then Southern Maine has gone 11-2 to renter the Top 25. While they still don’t look like a team on the cusp of the top 10, they certainly are looking much better than when they were during their early season rut. USM has upcoming games with top-ranked UMass-Boston, Babson and MIT. Solid showings in these games would solidify their position as a deep postseason contender and resurrect their national title aspirations.

Willamette Bearcats
The Bearcats shared the 25th position in the initial preseason rankings but inexplicably went 9-11 to start the year despite an experienced lineup and a pitching staff looking to improve on last year’s strong season. WU has turned their ship around and have gone 14-3 as they head to the NWC Baseball Tournament.

This article originally appeared on the Perfect Game website at: https://www.perfectgame.org/Articles/View.aspx?article=15099