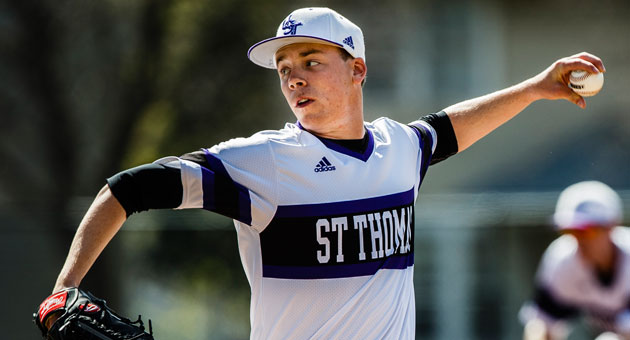 In both the D-II and D-III rankings, there wasn’t much movement in the Top 25, especially in the upper half of the table. St. Cloud State and Cortland State continue to top the rankings and their top 10 cohorts remained reasonably in the same places as well.

However none of that composure carried over to their NAIA counterparts where mayhem ripped through the standings with nearly every team finding itself in a different position than last week. Only four teams in the NAIA Top 25 escaped the seven-day period unscathed while 10 teams from the D-II and D-III each eluded a loss. Those numbers could have even been higher had a couple of clubs not faced each other.

It will be a big week for each division with some marquee matchup across the nation. In D-II SCSU plays a pair with conference rival Minnesota State, NAIA top-ranked Georgia Gwinnett faces perennial power Tennessee Wesleyan as well as 2014 national champion Cumberland, and in D-III there is showdown between top five clubs Emory and Birmingham-Southern.

Those games, combined with a handful of other substantial series that have been highlighted on calendars from the beginning of the season, will make this a week to watch.

Rankings are based on games through Sunday, April 3.

One of the most disappointing results on the diamond was from a team at the lower end of the rankings as Minnesota State continued to struggle and lost three of four to Minnesota Duluth. Had the Mavericks been able to win the series it would have set up for quite the marquee midweek matchup when the Mavs traveled to play a pair with conference rival St. Cloud State. Nonetheless, it’s one of the proverbial occasions when records go out the window. The Mavs would love nothing more than to put the first blemish on SCSU’s clean sheet and the Huskies don’t want to be the spring board which launches MSU back into regional and national races.

The Mavs losses to UMD aren’t anything to be ashamed about. The Bulldogs were 24th in the preseason rankings and with a couple more series wins they’ll likely find their way back into the rankings. It’s hard to come up with a adjective to describe the batsmanship of their slugging first baseman Alex Wojciechowski. In his first 19 games of the season, Wojo has a redonkulous 1.024 slugging percentage and has belted 13 home runs. That’s only one less than Duluth’s competition has hit combined. With a .425 batting average as a freshman, and a .417 average last season, there’s no reason to think those numbers will fall off much as the season progresses. Wojciechowski and UMD will play a pair with top-ranked SCSU at the beginning of next month.

Like Minnesota Duluth, the Lee Flames were a team that was in the preseason rankings, quietly dropped out, but had a big weekend last week that could be the catapult to get themselves back in the mix. The Flames swept West Alabama, a club that had just moved into the national top 10. The fittingly named Flames are now red hot and have won 11 of their last 13 games. The next three weekends LU has series with clubs in the second half of the Gulf South Conference standings which will put them in a prime position to not only get back into the rankings, but more importantly earn themselves an NCAA postseason bid in their first year of eligibility.

One of the best team performances last week was in Austin, Texas as Lubbock Christian took two of three from St. Edward’s. SEU had been riding a bit of hot streak and found themselves back on the cusp of being back in the top five after a minor slump. The ‘Toppers pitching staff had been immaculate as of late and it would be hard to argue that the team had one of the best, if not the best, pitching staffs in the division.

Nevertheless, the Chaps beat the ‘Toppers twice to move to the top of the Heartland Conference standings. Not only were the Chaparrals able to score runs on the road against SEU, but the LU pitching staff showed they could be downright dominating themselves, holding St. Edward’s to only four runs in a doubleheader sweep which gave LCU the series win.

Look out for Arkansas-Monticello. After starting the season 4-4, the Weevils have gone 18-4 and are on top of the Great American Conference standings. UAM was an uninteresting 17-20 last season but look legit so far this year. Both the everyday lineup and pitching staff have more important game-breakers which could give the team the edge to capture a wide-open GAC crown.

After earning a share of the top spot last week Georgia Gwinnett continues to cook and their cuisine now reigns supreme atop the NAIA table. The Grizzlies earned their 10th series sweep of the season and are in the midst of their second double-digit winning streak. GGC is clicking on all cylinders and have the meatiest part of their schedule ahead of them.

The Grizz start with a climbing Tennessee Wesleyan this week and have games against Faulkner, Auburn Montgomery and USC-Beaufort on the upcoming agenda. With that the next couple of weeks will demonstrate if Gwinnett’s jaw dropping 34-1 record is a product of a watered down schedule or superior talent. I’m guessing the later… or the former… whichever one the talent one is.

Aside from Gwinnett, every single team in the top 10, and only one other school in the top 15, escaped the week without a loss. Furthermore, several teams suffered multiple losses which made keeping tabs and positioning the teams for this week’s update a terribly vexing matter. As such there was quite a bit of shuffling in the rankings, including a substantial jump by a club into the top five.

The USC Beaufort Sand Sharks schedule is filled with a quantity of wins, but not many of quality. Going into last week USCB had a 29-4 record, but aside from taking two of three from Kaiser, it could be argued their record was padded against the ilk of Brewton-Parker and Florida Memorial, two teams which have gone a combined 10-63, whom the Sharks have nine of their wins over. Last weekend Sand Shark baseball took two of three from preseason No. 1 and surging St. Thomas to prove they are indeed too legit to quit. Those wins, combined with several clubs dropping winnable games, launched Beaufort from just inside the Top 25 into the top five.

Regardless of the quality of opposition, there’s no question something special is happening on the USCB diamond. The staff can claim five shutout wins and boast a teeny team ERA of 2.17. Opponents are only batting .236 and the staff has only allowed 66 total walks in 278 innings. John Gora, a transfer from Tennessee Tech, has been masterful on the mound. He pitched a nine-inning gem against the Bobcats last week to earn his sixth win of the season without a loss. For the season, he’s amassed a 0.67 ERA and tossed 53 2/3 innings while only allowing four walks.

Another team to escape upsets last week was Davenport. The Panthers had started the season ranked in the top 10, but hadn’t been able to capitalize on opportunities to solidify their ranking. With four lopsided wins last week DU has extended their win streak to 11 as they head into the most important part of their schedule. The Panthers have upcoming series with Northwestern Ohio and Indiana Tech as the trio of teams compete for the top of the WAHC standings.

Missouri Baptist has an 18-game winning streak brewing. A strong showing this week on the road against Missouri Valley and Lyon could give them a push they need to break into the top 10.

Not much is shaking in the D-III rankings, especially at the top of the table. Each of the first 11 teams remained the same as the favorites took care of business on the field. With that, Cortland State, like St. Cloud State in D-II, has topped the rankings every week of the season so far.

Despite the lack of action in the top 10 there was quite a bit of movement in the lower half of the rankings. Losses removed five teams from the rankings which allowed four clubs to make their way into the Top 25; for three of those clubs, it was their season debut.

The biggest splash by a new-to-the-rankings-team was made by Frostburg State, a club which admittedly was probably overdue to make an appearance this year. After the Bobcats took resounding wins last week over powerful Christopher Newport, their absence couldn’t be overlooked any longer. FSU hurled into the top 20 and will get a chance to make another move with games against Mary Washington and Shenandoah coming up soon.

Buena Vista, a team mentioned previously as being a rankings candidate, also made their debut, and the Tufts Jumbos, a club which has been a rankings outlier all season long, reemerged as the two teams went a combined 7-0.

The biggest rankings surprise has been the emergence of McDaniel College. The Green Terror have had several successful seasons under the long time guidance of Head Coach Dave Seibert, but haven’t been to the level of a rankings contender until this season, his 36th at the helm. With a win last Saturday the Terror reached the 20 win plateau and currently only have been on the losing end of a pair of games. The tandem of Marty Windish and Sean Sivo have been incredible offensively for this team, hitting a combined .471 with nearly as many triples (8) as strikeouts (9) on the season.

Despite a lopsided loss to fellow northern stalwart UW-Whitewater a couple of weeks ago, keep an eye on St. Thomas. The perennial power Tommies had a disappointing season by their standards last year when they went 24-16-1 and it was just the second time under Head Coach Chris Olean that the Tommies even had double-digit losses. The team has a rejuvenated roster with more than enough talent to take the team deep into the postseason. This is especially true when a rested Eric Veglahn is on the mound. So far this season he is 3-0 with a 0.68 ERA and has fanned 33 batters in 26 2/3 innings while only allowing 20 hits and incredibly only one walk.