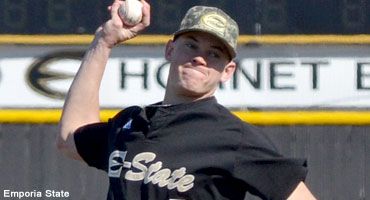 The first ranking update of the season is often the most difficult. Schools that were projected to have big breakout success can stumble out of the gates and clubs that were thought to be rebuilding or non-contenders can come out swinging like gangbusters and look unbeatable. With less than 10 games played on most teams’ schedules, it would be premature to start booking hotels for the championship series or throw the baby out with the bathwater based on a handful of scores.

Fortunately this season there haven’t been too many teams that have caused chaos in the rankings, but there definitely are some teams on both ends of the equation that have mixed some things up a bit.

At the NCAA Division II level a pair of clubs have jumped into the top 15 after starting the season unranked. Nova Southeastern posted series wins over three quality opponents which nearly propelled them into the top 10. The Sharks have been a club on the cusp of being a national contender for some time and had three players on MLB rosters last season – Mike Fiers, J.D. Martinez and Miles Mikolas – two of which put up All-Star caliber numbers. NSU has a solid staff, but their offense was a question mark headed into the season. If they can continue to get timely hits and manufacture runs they should remain in the rankings for the rest of the season.

Another new entry to the D-II Top 25 is UNC Pembroke. Like NSU, the Braves returned a number of quality hitters from last season, but the absence of experienced run producers in the lineup put them on the wait-and-see list. The offense now seems to possibly be the best aspect of the Braves’ attack as their bats have been blistering, erupting for 132 runs in just 10 games, including 34 runs in a sweep of previously No. 3-ranked Columbus State last weekend.

Following the aforementioned losses by Columbus State, Emporia State has entered the top five. After four lopsided wins the Hornets appear to be as good as anticipated and should find themselves in contention for the top spot in the (unlikely) event that top ranked Tampa falters. After a series with Missouri Western this week, ESU will host rival Central Missouri in what could be a defining series for either team as each are looking to regain supremacy in the Central Region.

NAIA action has had few upsets in the young season and top ranked Missouri Baptist has proved themselves to be a worthy designee for the No. 1 position. The Spartans have four wins over last year’s national champion Cumberland, as well as one over seventh ranked Belhaven, and will hold onto to the top spot for at least another week as their next slate of games have been canceled due to weather. Second ranked Oklahoma Baptist also can boast a 9-0 record, which includes three shutouts and four wins by a double-digit margin. The Bison look to be the best bet to challenge for the top position nationally should MBU stumble.

Despite being 0-7, Cumberland remains in the rankings. The reigning champs have had a rough start to their season but have played solid opposition and been competitive in most of their games. Nevertheless, no matter how many trophies the Bulldogs have in their trophy case, they won’t remain in the rankings much longer of they don’t start winning some games.

New to the NAIA rankings this week are Oklahoma City and Bryan. Both teams were one of the last to miss the preseason cut and each has the look of a contender worthy to make the CWS trip to Lewiston. They claim spots left open by rocky starts by British Columbia and Northwestern Ohio.

With the bulk teams in the DIII affiliation being from the north, there isn’t much noteworthy to mention as most teams haven’t hit the diamond yet. The La Roche Redhawks, who were the last team out when the top 25 was comprised, did enter the rankings to fill the void left by the disappointing start by Concordia (Texas).