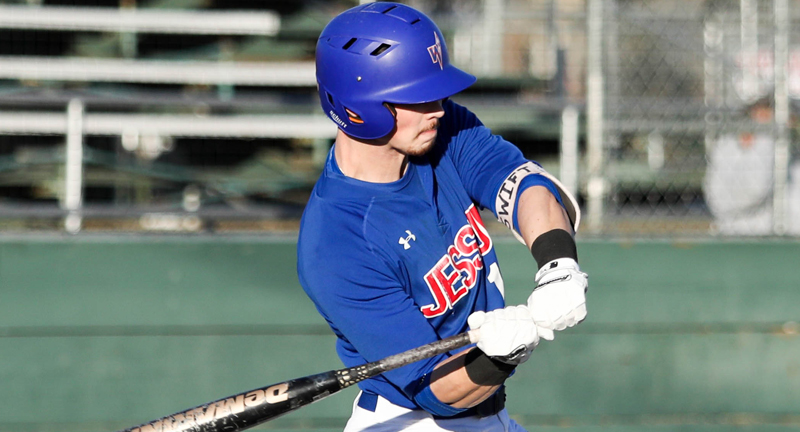 The first rankings update of the year is here, but seeing that just under half of the D-II and D-III have yet to play an official game this season, there isn’t much to report. A sensational start isn’t reason enough to catapult a team up the rankings just as a dismal first few games isn’t justification to throw the baby out with the bathwater when it comes to disappointing early results.

There’s been some minor shuffling of the D-II deck, but the same teams are in the same slots for D-III. It really isn’t until teams have at least a dozen or more games under their belt before you can really start sizing up the cut of their jib and see if they are going to live up to preseason hype or fall short of expectations.

That 12-game mark is however where many NAIA teams currently sit. As such the names of teams in those slots are a bit different than a month ago when the preseason prognostications were made. Many of the teams at the top are playing as expected (top-ranked Faulkner has been dominating), but a few aren’t quite playing up to snuff and are being put on the back burner for now while some teams with proven results take their place.

Rankings are based on games through Sunday, February 18.

Two weeks into the season there haven’t been many surprises in the D-II Top 25. Accordingly, there hasn’t been much movement from clubs up or down the table. This early the entire lot which made up the preseason favorites remains, although the order has been lightly jostled. Another week for play will help sort things out for next week.

The only team with substantial movement (unfortunately for them in the wrong direction) was Catawba who looked very shaky coming out of the gate. However they are way too talented to not get back into the mix.

Perhaps the best showing to date has been by Florida Southern who’s continuing their reestablishment as a D-II powerhouse under head coach Lance Nieko. The Mocs started the year sweeping 2011 National Champion West Florida and then spent the next weekend doubling up North Georgia, who advanced to the D-II Baseball Championships last spring. Individually Logan Browning has been phenomenal both on the mound and at the plate. In three pitching starts Browning has thrown 19 1/3 innings and only allowed 12 hits with 24 strikeouts while earning a 1.40 ERA. With the bat the two-time MLB amateur draft pick is batting .429 to kick off his senior season.

The NAIA action has been going on for a little longer than their NCAA brethren. As such, the results have had a much more malleable effect on the rankings. The most noteworthy and impressive boxscores have been posted by a most surprising team this season.

The William Jessup baseball program was established in 2015 with great anticipation and optimism. The school was exponentially growing and the program had the support of the administration and community, filling a private college void in the Sacramento area and its launch was assisted by former American League Manager of the Year and World Series winning coach Jerry Manuel. However unlike other neophyte NAIA schools such as Georgia Gwinnett, Arizona Christian and Antelope Valley, who ignited their programs in the last decade, the Warriors’ on-the-field successes have been few and far between.

Their first season WJU only managed nine wins in 46 contests; an understandable outcome for a debut, but they unfortunately were unable to build upon their limited success and took a substantial step back their sophomore season. They only won three of 40 contests, batting .212 as a team while only averaging a smidge over two runs per game.  Last season they more than tripled their previous win output, but that’s not saying much considering they still finished 10-34 and were the undisputed cellar dweller in the GSAC standings.

With their losing pedigree, combined with a coaching change, there wasn’t much confidence outside of Rocklin in their 2018 output. Jessup was forecasted to finished seventh of eight teams in the GSAC by conference coaches and the official preseason conference writeup justifiably announced that, “William Jessup seems to have a lot of early season unknowns.” Nevertheless, somehow those question marks have straightened to become exclamation points as the Warriors are one of the hottest teams in the nation. WJU has won 16 of their first 20 games, including a sweep of previously ranked and 2017 World Series participant Hope International.

While the players of course deserve the overwhelming Lion’s share of the accolades, some of the commendation needs to be heaped on new head coach Jake McKinley. McKinley made the move over the summer from Menlo where he and his players had earned a number of honors in a short amount of time on campus. While McKinley has brought in some quality recruits to campus to up their winning ways, he’s more importantly been able to blend those players with the established athletes in a cohesive culture where the coaches and players don’t just enjoy playing the game but each other’s company as well. The team-focused mentality is a big reason why a different player seemingly has been able to step up and be a hero in each of the team’s wins.

Of course, like any true leader, McKinley is quick to pass the praise to his team and assistant coaches.

“Regarding the year so far, it really comes down to the players first and foremost,” McKinley stated when asked about his team’s turnaround. “The returning players have been so welcoming of me from day one and the last minute recruits we were able to get have blended well into the program. That has been the key in establishing a special culture.

“Also, our assistant coaches have done a great job in all areas relating to the preparation of our players. We always feel equipped to compete when a series starts and they deserve the credit for that.“

While its still a bit early to deem WJU’s newly found winning ways as legit, they certainly don’t appear to falling back to their pushover position any time soon. With their 16-4 record headed into the week they’ve certainly impressed enough to make their Perfect Game Top 25 rankings debut. The Warriors, along with a revamped Southeastern Fire team, the Bryan Lions and Madonna Crusaders join this week’s NAIA Top 25 rankings.

Since more than half the teams in the Top 25 have yet to play a game, there haven’t been any updates to the D-III rankings aside from giving Trinity sole control of the 25th position. This will most certainly change next week as a slew of clubs will be making their 2018 diamond debuts which will shake up the table as teams play to their potential or shake off the offseason rust.