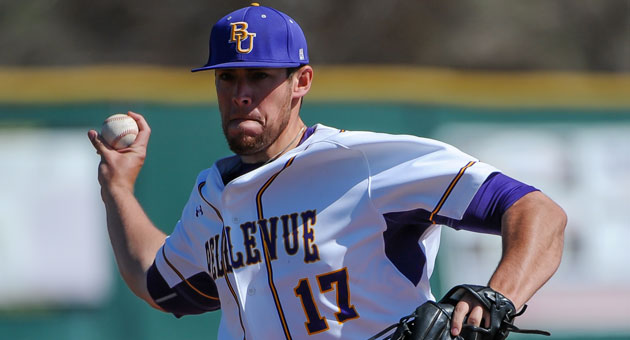 Depending on the level of play, the post Valentine’s Day week on the small school diamond was one of either humdrum happenings or brutal, dogs and cats living together chaos.

In D-II the results went according to plan with the collective top 10 going 16-2 with a number of lopsided wins to retain the status quo. Even further down the list, there were no incredible unexpected results; there were a few upsets, but nothing to necessitate any major changes. A few teams at the backend got bumped from the list after disappointing results, but each were likely some typical bumps on the road to Cary and the admonished schools are far from being written off as national contenders.

D-III featured few shocks as well. A couple of teams lost games or series to schools ranked below them, but none were jaw-dropping defeats. Additionally a good chunk of the division still has yet to play meaningful games so making major moves at this time would be a little premature until a good grasp on what’s going on between the chalked lines can be seen.

The NAIA rankings on the other hand were scrambled like the side of eggs on a Denny’s Grand Slam breakfast. As top ranked teams were toppled all across the country it made deciphering who is best a task as cumbersome as translating a message from the Zodiac killer. Teams were leapfrogging each other and then getting bounced back by another club all week long. A healthy hunk of the top twenty-five has a handful of losses already this season, but it’s a unavoidable situation as many of the best teams have meet each other on the diamond already this spring and traded wins. In the aftermath of the tumultuous week a new club has emerged to reign over the NAIA rankings.

Rankings are based on games through Sunday, February 21.

The top 10 teams in the D-II rankings remain the same after a brilliant showing from each of the clubs which took to the diamond. Each of them not only won, but won big to solidify their spots:

• St. Edward’s reached the double-digit win total after earning their first four-game sweep of the season. The wins came over a quality Drury team in which SEU held the Panthers to just eight total runs.

• Missouri Southern kept their record unblemished as they earned a midweek win and convincingly swept McKendree. In five of their eight games this season the Lions have scored at least 12 runs.

A disappointing weekend by a couple of teams at the backend of the rankings allowed for the re-emergence of Nova Southeastern and the 2016 debut of USC Aiken.

In the D-II preseason preview Nova Southeastern was noted to have lost a ton of run producers in the offseason, but were benefited by an influx of highly-touted transfers. This made the Sharks an enigmatic crew to gauge and they’ve certainly lived up to that forecast. NSU unquestionably has tons of talent, but seeing if they can gel and play together as a team remains to be seen.

Last weekend they may have gotten the spark they needed when they saw what they can do when they click on all cylinders. They absolutely crushed Tuskegee in a series sweep, outscoring the Golden Tigers 38-0 in three games. Thus, after a quick drop out of the rankings last week, NSU renters at the No. 19 spot.

USC Aiken edged Alabama-Huntsville and Florida Southern by the thinnest of margins for the other opening in the rankings. Each of the three were deserving, but the Pacers’ quality wins over Armstrong, Wingate and Lander barely bested the Chargers and Mocs résumés. Look for UAH or FSC to find themselves vaulted into the rankings sooner than later.

The NAIA results from the last two weeks look like a scene from a Michael Bay movie. Team’s undefeated records were exploding all over the country with unrestrained fury.

The significantly shuffled top half of the rankings were due to many elite teams going head-to-head with each other to start the season. Almost every club in the Top 25 has played at least one game against a ranked and many of them have had multiple contests. Five of seven Bellevue games have been played against schools that were positioned in the top five (more on them later), Faulkner has played five different ranked teams and 10 of 11 games played by Lindsey Wilson were contests against ranked opposition.

It’s been a virtual round-robin World Series type schedule by nearly everyone. Despite being so early in the season, only five teams have zeroes in the loss column, none of which have played a team in the Top 25.

Last week’s No. 1 team, Faulkner, dropped three games last week, but the defeats only took them down one peg. Two of the losses were against a stout Lindsey Wilson club which were the come-from-behind variety. The other loss was to Auburn Montgomery who has been steadily climbing the NAIA rankings each week. After this week’s upcoming contests against Campbellsville, a school skirting the Top 25, the Eagles will unquestionably be battle-tested for their remaining schedule which should allow them to play a little more relaxed the rest of the way.

Even without the Faulkner losses it would be hard to keep the latest team at the top of the table from being labeled as No. 1. The Bellevue Bruins have been playing like they should be in a dugout in neighboring Omaha at the D-I College World Series with their level of play. In week one BU traveled down to Oklahoma City University and took two of three from the perennial NAIA power. Last week, they toppled the second ranked team once again as they swept three games from Tabor.

The trio of Trevor Jones, Ross Feeley and Colton Nash have compiled a combined .450 average in six games against top tier pitching to lead the Bruins to the top spot. Pitching-wise Ben McKendall and Braulio Torres-Perez have done admirably in starting roles and Leland Tilley had stuck out half of the batters he had faced to earn a pair of wins and a save.

One addition to the rankings roster was made via South Carolina Beaufort. The Sand Sharks won two of three against Keiser. USCB’s pitching as been sensational this season, holding opponents to a 1.59 ERA in 13 games and limiting opposition to a .210 batting average. The Sharks enter the rankings at the 21st position as Tennessee Wesleyan makes an early exit.

The early D-III schedule still has been a little scant overall, but more teams were finally able to take to the diamond. Nearly half the teams in the Top 25 have yet to play but there was still plenty of action worth noting.

Top ranked and defending national champion Cortland overcame an early 7-0 deficit to cook Salisbury 27-13. With the win Head Coach Joe Brown earned with 600th career victory. His overall record of 600-156-3 gives him a .792 winning percentage which ranks first among all active D-I, D-II and D-III coaches.

The top four teams remained the same but the top five was crashed by Birmingham-Southern who had four wins capped by a weekend walk-off win over Transylvania.

Another strong showing of note was the three wins the Shenandoah Hornets earned over Case Western Reserve. The Hornets sweep gave SU Head Coach Kevin Anderson his 500th college career win. Getting a start on another 500 wins won’t be easy as the Hornets have a big double-header this week with Misericordia, the Middle Atlantic Conference Freedom favorite.

While no new teams joined the rankings mix, La Roche found themselves poised to make a move after a strong season debut against Baldwin Wallace. The Redhawks held the Yellow Jackets to just a pair of runs in a pair of contests. The Allegheny Mountain Collegiate Conference favorites can look to make the leap into the Top 25 with a strong showing during their upcoming Florida trip.