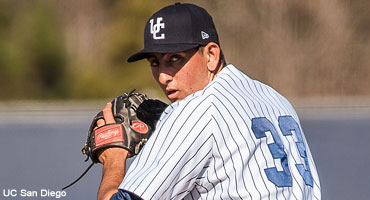 Now that the fields have finally thawed and the rain has gone, gone away, we’re finally getting to feed on some action on the baseball diamond. For the most part the results on the field were as anticipated. There weren’t too many upsets and the few ranked teams that were felled were at the hands of other highly regarded ball clubs.
Rankings are based on games through Sunday, March 8.

After touting their early season success and dominance last week, the Tampa Spartan brute squad went out and promptly dumped two games, and nearly a third. Nonetheless the Spartans remain in the pole position of the D-II rankings. Despite the inconceivable setbacks, UT still looks like the team to beat; however the Spartans do seem much more vulnerable. A good gauge of the Spartans’ susceptibility will occur this weekend when they play long-time rival Florida Southern.

After starting the season in the top 20 the Florida Southern Mocs haven’t played to expectations, but this series would be an excellent opportunity to show they’re still a formidable foe and have what it takes to contend for the national title. There were high hopes for FSC to start this season, and after an 8-8 record they quickly tumbled out of the rankings, yet their championship aspirations are only mostly dead. Everyone knows there’s a big difference between mostly dead and all dead. Mostly dead is slightly alive so after few wins this weekend, combined with a series win over Tampa, the Mocs could get back in the top 25.

The upcoming matchup of the long-time Sunshine State Conference and D-II powers will be the highlight of the weekend and an excellent follow-up to a pair of prime-time clashes that underscored the action last week.

The first of two ranked matchups last week paired Chico State against UC San Diego. It was a rematch of the 2015 West Region finals and featured the last two West Region Pitchers of the Week in the Wildcats’ Luke Barker and the Tritons’ Justin Donatella. What appeared to be an even matchup on paper didn’t play out that way on the field. While the games weren’t blowouts, UCSD never trailed their archrival the entire weekend and swept the series to propel themselves up the rankings from the last spot on the list up to 15th. The losses dropped the slumping Chico club under .500 and out of the rankings.

Donatella cemented himself as player to keep an eye on for the season as he extended his shutout inning streak to 31 frames. The junior ace scattered five singles and stuck out nine – including the side on 11 pitches in one innings and five punchouts on called third strikes. With the 7 1/3 scoreless innings against the ‘Cats, Donatella whittled his season ERA down to a teeny 0.28.

The other big bout between ranked clubs occurred in a Sunshine State showdown between Saint Leo and Nova Southeastern. Headed into the fracas the clubs were two of the hottest teams in the nation with a combined 33-4 record for the season. The Sharks were rude guests to the host Lions, sweeping the series and advanced into the top 10 for the first time this season. A big part of the NSU’s continued success this season had been the emergence of junior slugger Justin Garcia who earned his second SSC Player of the Week honor after he unloaded for five home runs, including three in game two of the series with SLC.

Entering the top 25 for the first time this season are the Flagler Saints. The Saints had a series sweep of UNC Pembroke that raised their record to a robust 17-2. The wins also dropped their conference-mate Braves out of the rankings.

After a brief hiatus from the rankings, Catawba remerged after a shutout win over Davis & Elkins and a lopsided sweep of Lenoir-Rhyne. The multi-talented Craig Brooks has been a one-man wrecking crew for the Indians, and has shown he can win games on the mound or at the plate. In the first game of a doubleheader against the Bears on Saturday, Brooks struck out the first three batters and finished with 10 strikeouts in five innings. In the second game he played third base and went 2-for-3 with six RBI as he hit his second home run of the season.

The big story in the NAIA is the invasion of teams from the Sun Conference into the Perfect Game rankings. With three teams falling from the top 25, it opened the door for a trio of TSC schools to inconceivably make their way into the top teams list. The Northwood Seahawks, St. Thomas Pioneers and USC-Beaufort Sand Sharks each made their debuts in the rankings this week.

Northwood bounced conference-mate and preseason top 10 team Embry-Riddle from the rankings after sweeping the three games from the Eagles who have been dog paddling all season. In the series the Seahawks limited ERU to a total of four runs, and their pair of aces, Steven Bruce and Jackson McDonald, continued to put up inconceivable numbers this season. Together the tandem has pitched a total of 69 innings and only allowed 48 hits. They’ve walked only a combined 15 batters while striking out 79. Together they have a masterful 1.56 ERA.

St. Thomas has been equally impressive this season and is on the brink of entering the top 10 as well. The Bobcats took two of three from Southeastern this past weekend and can also boast wins over D-II teams Wilmington, Lynn and Nova Southeastern. They’ll have a chance to cement their place in the rankings and bury slumping Embry-Riddle in the standings when they visit the Eagles this weekend.

USC-Beaufort have been on the cusp of the rankings all season long and finally have jumped into the mix this week after upping their current win streak to eight games which eclipsed a seven-game streak earlier this year. They also took three of four from preseason ranked Northwestern Ohio to start the season. The Sand Sharks have a meaty 4.98 ERA but can afford to give up an extra run or two as they have seven regular starters hitting at least .300 on the season. Ashly Morris leads USCB with a .400 average and robust .620 slugging percentage.

Two NAIA teams in the top 25 are still winless this season, with Georgetown College and Mount Vernon Nazarene having yet to come out victorious this year. The Tigers suffered a sweep early in year and have had trouble getting back on the diamond due to the weather. The Cougars had a late start to the year and should play for the first time this week on their spring trip.

This week was the first time of the year in which more than half of the D-III top 25 schools were able to take to the field. Despite the increase in on-the-diamond action, there wasn’t much moving and shaking in the rankings. The top 25 went a combined 40-10 and only two teams had losing records on the week.

One of the clubs that had a sub-.500 week was the Webster Gorloks who were in the last position of the rankings. After going 0-2, it dropped them out of the top 25 (although probably temporarily) and the Pomona-Pitzer Sagehens took their place. With a win over Ithaca Sunday, P-P has now won 10 of their last 11 games and has scored at least nine runs in nine of their 13 wins this season. The ‘Hens are tied with Cal Luthern at the top of the SCIAC standings and edged the Lutes for the open spot in the top 25.

Birmingham-Southern continues to play perfect ball and improved their record to 11-0. The only team which currently has the ability to succeed the Panthers’ No. 1 position is defending national champion UW-Whitewater, but the Warhawks are land-locked in the second position as they have yet to play this season. UW-W doesn’t take to the diamond until March 19 when they play their spring trip in Florida. Among their opposition in the Sunshine State will be ranked teams Rowan, Rutgers-Camden and St. Thomas (Minn.).

Emory, the team BSC supplanted from the top spot last week, got back to their winning ways with a 10-0 shutout of New York U. The Eagles were scheduled to have a game against Birmingham Southern but the contest was unfortunately canceled.

Cal Lutheran is making big noise in the west and entered the top 10 this week. The Kingsmen outscored opposition 53-7 last week and have now plated an inconceivable 159 runs on the young season while holding their opponent to a mere 39.