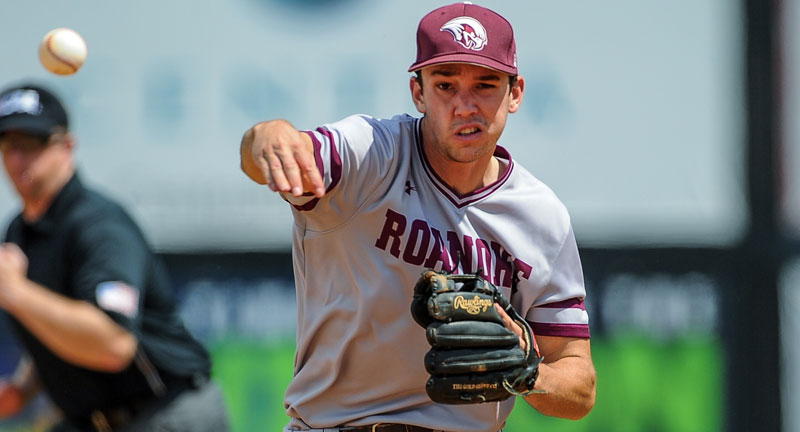 Every year there are familiar faces in the small school Top 25 rankings. Without looking even a casual follower can probably rattle off the names of a couple of teams that always seem to be among the leaders. It’s hard to think of a team like Tampa, Faulkner or Cortland State not being in the running for their respective divisions’ national title. The same goes for Colorado Mesa, William Carey and UW-Whitewater; these teams put together winning seasons year after year after year. It would be weird to not see them somewhere in the preseason rankings and postseason tournaments. They’re established teams with winning traditions and that resonates each season.

On the other hand, some schools have a cyclical nature to their success. A school will pop up every once in a while, topple some high ranked teams and break a school win record or two only to take a step back into the shadows of relative obscurity and churn out a couple of good-but-not-great seasons.

Each year a couple of upstart clubs make their way into the Top 25. They’re welcomed in, but you have to wonder if a team is a legit title threat or just riding a streak of success. In each of the three divisions a team is highlighted which seemingly appeared to be baseball’s version of a shooting star. They previously had years of “meh” results on the field, but are looking more and more to be perennial favorites rather than once in a blue moon contenders. It’s still too early to bet the farm on these teams’ newfound success, but it wouldn’t be wise to wager against them.

Rankings are based on games through Sunday, March 25.

When Northwood reached the Midwest Regional finals and were a win away from reaching the D-II Baseball Championships, it was the crescendo of a surprisingly sensational season. The upstart Wolves had spent much of the 2000’s as a sub .500, 20-ish wins-per-season team that hadn’t been on a conference championship radar, let alone one to play for a national title. Yet Northwood nearly made it to the final eight.

Regardless of the disappointment of not advancing to the final round 2017 was a year to remember. The school claimed its first GLIAC Championships and head coach Jordan Bischel, the GLIAC and the Midwest Region Coach of the Year, piloted the Timberwolves to 46 victories, a total which surpassed the previous school mark by an astonishing 16.

Last season’s record-breaking squad consisted primarily of an underclass core who were all returning to the diamond in 2018. With that there were extremely high expectations and the Wolves were ranked 13th by Perfect Game headed into the year. After a bumpy start to the season, in which they lost five of their first six, it appeared they may be headed back to being an afterthought, but since that out-of-the-gate stumble the Wolves has been nearly perfect, winning 15 of 17 including some offensive thrashings where the team plated 25, 22 and 18 runs.

David Vinsky was phenomenal as a freshman, batting .449, which was good for second in the nation, and his 27 doubles tied for the D-II lead. The kid is back at it again and tops the team with a .438 average and already has 12 doubles. Tyler Jandron is to pitching as Vinsky is in the batter’s box. He finished 12-1 with five complete games, three shutouts and struck out 102 batters in 91 innings last season and is even better this year. In his five starts in 2018 he has thrown a pair of complete games, only allowed three earned runs in 34 2/3 innings and stuck out 44 batters while only issuing 11 walks and 21 hits (.175 B/AVG).

Although Jandon is a senior, Vinsky still has another two seasons to shine at Northwood. He, along with Lennon Gwizdala, who held opposition to a .135 batting average in 17 relief appearances and already has seven saves on the season with a 1.96 ERA, should continue to produce which means Northwood should continue to win and find themselves in the Perfect Game Top 25 for seasons to come.

After another winning weekend in which they captured two of three from an always-formidable Tennessee Wesleyan team, the Bryan Lions raised their record to 25-5. With the wins the Lions further established themselves as a top 10 team and legitimate contender to make the trip to Lewiston for the NAIA World Series.

Their climb into the top 10 has been stupefying as for the first decade of the program’s resurrection in 2002 the Lions’ baseball has been a fledgling group without much punch. Years of lopsided losses and single-digit win totals have filled the season’s boxscores. It wasn’t until 2011 that the Lions were finally able to overcome annual adversity and finish over .500. However, since then the team, while still not a powerhouse, has developed into a regular contender for conference and regional crowns. This season, however, seems like it could be the impetus of something special are Bryan has unquestionably become one of the toughest teams in the division.

While their win total has progressed steadily over the last five years, this season their winning percentage has exponentially skyrocketed. They’ve played a daunting schedule as well, already having faced and defeated formerly ranked Northwestern Ohio, LSU Shreveport and the aforementioned TWU team. They’ve also earned their licks with games against Cumberland, Madonna and Georgia Gwinnett. Each of Bryan’s losses so far this season has been to a team that has been ranked at one point this spring.

While there are a number of players putting up top-shelf performances so far this spring, a special shout out must be made to a pair who are unequivocally building All American résumés. Fernando Garcia’s hot hitting make him an absolute difference maker at the plate. He’s is among the nation’s leaders in batting average (.467) and slugging (.804) while playing flawless defense in the outfield. On the mound few pitchers have been as impressive as Stephen Chamblee. He’s thrown three complete games (two of which were shutouts) and struck out 84 batters in only 55 innings (13.75 K/9) while only allowing 42 hits and 14 walks. Chamblee is a junior so most likely has yet another season playing under head coach Taylor Hasty, as do a number of other underclassmen having breakout performances this spring.

Bryan’s transition from rankings outlier to contender appears complete. With a top heavy rankings table the Lions may not make the long trip to Idaho this season, but it would be foolish to bet against this team being one of the final 10 sometime soon.

It was a pleasant surprise to watch the Roanoke Maroons last season as they pulverized the school season record for wins, raising the mark from 23 to an unexpected and unprecedented 35. That remarkable increase included RC’s first Old Dominion Athletic Conference title, their virginal South Region championship and a pair of wins at the D-III National Championships over Oswego State and Chicago-Concordia before their season came to a bittersweet close.  With all those accolades it seems inconceivable that it was only three years ago that the traditionally unremarkable Maroons were able to finish on the plus side of .500 for the first time in school history.

Expecting similar results this season seemed a bit of a stretch. Ten primary players moved on from last year’s historic team and many of whom were major statistical performers who contributed at the plate and on the mound. While the cupboard certainly wasn’t bare for Head Coach Matt McGuire, it seemed the shelves definitely needed to be re-stocked if the Maroons were going to have any semblance of another deep postseason run. All things considered it appeared that the Maroons’ instant accession was more likely an aberration than a new norm.

Nevertheless, just when it seemed like Roanoke couldn’t up their game any more, they’ve gotten better once again. The Maroons have not only ventured into D-III elite territory, they’re making themselves comfortable there too.

Sean Guida, who hit .339 with eight doubles and 10 triples last season, is compiling freakish numbers this spring. For the first 20 games he’s hitting .457 with 16 extra-base hits for an ungodly .827 slugging percentage. Eli Sumpter managed a respectable .291 average last season, but that’s nothing compared to the .429 average he’s currently sporting while already eclipsing or challenging many of the numbers he generated last season despite one-third of the at-bats. Third on the team in hitting is freshman Will Salva who was recently named the ODAC Baseball Player of the Week after going 7-for-13 to lead the teams to a pair of road wins over Shenandoah as they capped a 12-game winning streak.

On paper the Maroons’ pitching staff didn’t have an ace headed into the season, but now any of their starting staff would seem to qualify as only one of six pitchers to start a game this season has an ERA over 3.00. Despite that, it’s the bullpen that is really making things happen at RC. Sal Trancucci and Cam Eck have a combined 19 appearances and 23 2/3 innings between them and have only allowed four earned runs. They, along with freshman Kevin Ledford, are a big reason the team hasn’t let a lead slip in over a month.

With their current 16-3 record RC has entered the D-III top five and are on the short-short list of teams that will be considered for the top spot should UWW not play up to expectations. Nevertheless, even if they are not the top-ranked team, they’re entrenched in the Perfect Game Top 25 and don’t appear to be headed back to mediocrity anytime soon.