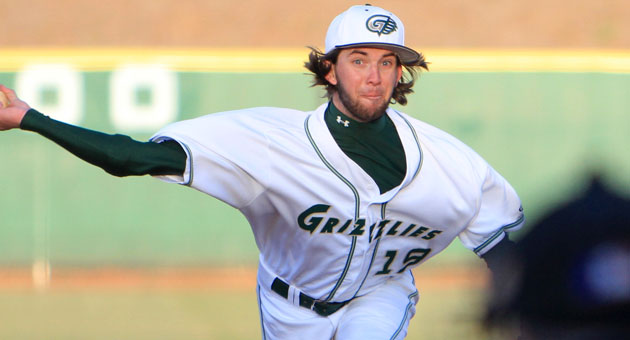 Most teams were able to avoid the notorious ides of March as there is little upheaval in the latest edition of the Perfect Game small school rankings. Each of the No. 1 teams remained the same (although one now shares the distinction) and few teams fell out of the Top 25. For the teams that did stumble last week, they were astute enough to do so during the same seven-day stretch as the teams around them so they were able minimize their tumble.

As we enter April the action between the lines crescendos as clubs enter the crux of their conference schedules. More and more often ranked teams will begin facing each other and compete not only for ranking recognition, but important positions in conference standings that will determine where they’re seeded in the postseason where every advantage matters.

There’s a boatload of marquee match-ups this week and it will be interesting to see how the on-diamond results effect the positioning in the days and weeks to come. If there’s going to be a Top 25 detonation the time is now.
Rankings are based on games through Sunday, March 27.

The St. Cloud Huskies’ season long reign at the top of the rankings continued, thanks in part to rain. SCSU didn’t get to take to the diamond as their only scheduled action during the week was postponed due to wet weather. This week’s schedule includes games against Wayne State College and Southwest Minnesota State, a pair of clubs who were a combined 5-25 as of Sunday. With that SCSU should easily remain on top for another week unless the wheels fall off their wagon. Their first formidable foe of the year will come next week via a doubleheader against the usually menacing Minnesota State; however the Mavs aren’t quite playing up to their usual snuff currently either and are on the cusp of falling out of the rankings.

It’s quite remarkable how well things are going in the Huskies’ favor this season. Their spring trip to Tucson was filled with underachievers and also-rans which allowed them to thoroughly crush their opponents. In their conference schedule they don’t face Minnesota State or Minnesota Duluth for full four-game series, and their matchup with Augustana – along with the aforementioned DHs against MSU and UMD – will be played on the Huskies’ home turf. It is extremely conceivable that the SCSU could go through their regular season undefeated. As long as they don’t take their foot off the gas, SCSU should have little trouble staying on top and earning home field advantage for the inevitable Central Regional.

The Tampa Spartans have gone 2-5 over their last seven games. They can take a little solace in the fact that their last three losses were by a single run, but they need to rally the troops nonetheless with the meat of their schedule coming up. UT faces Florida Tech, Catawba, Lynn and Florida Southern in their next four series; two of them are ranked and the other pair could be. It will be interesting to see how the weeks play out, especially as a contrast to the fixtures of SCSU. Tampa will be battle tested heading into the postseason while the Huskies will be sharpening their canines.

Keep an eye on St. Edward’s. The Hilltoppers were a preseason top five pick, but were a bit uneven out of the gate. The team may have caught the winning bug back on March 13 when they witnessed Romeo Cortina go 4-for-4 with four homers to propel SEU to a win over Oklahoma Christian. Since then they’ve easily swept their past two series and are clicking on all cylinders as they head into a key conference showdown with Lubbock State. If St. Edward’s can take two of three from the Chaps, they can convincingly claim to be the top D-II team in the state.

While SEU’s Cortina made the headlines with his big game that sparked the ‘Toppers resurgence, a big reason for their success is J.D. Arrowood. The senior slugger is putting up prolific numbers and has a ghastly .851 slugging percentage and equally monstrous .516 on-base percentage. Those numbers should put him on the short-short list for a number of postseason accolades. If he can continue to hit the ball with the proficiency he’ll definitely be in the running for National Player of the Year and MVP honors.

Chico State continues to heat up in the second half of the rankings. The Wildcats swept UCSD last weekend and lead the CCAA North Division as they top the conference in batting average and are second in ERA. The well-rounded small ball specialists are emerging to be a title contender and have rebounded nicely after rebuilding and a very un-Chico-esque 18-25 record last season.

It was easily to look at Georgia Gwinnett’s single-loss record and chalk up their success to a light schedule, but then last week came along. Not only did the Grizzlies hand top-ranked Faulkner a loss, but GGC followed it up with a four-game series sweep of previously third-ranked Keiser. With the wins Gwinnett is awarded a share of the top position in this week’s rankings.

It’s incredible to see how the Grizzlies have become a national power despite the program only being established in 2013. Even with top-notch facilities and amenities, you’d think it would take a couple of seasons for the program to get established, but they are already an unquestioned top team worthy of praise and respect.

Starter Nikolay Uherek and closer Davis Adkins are a combined 14-0 and the tandem has nearly struck out twice as many batters as they’ve allowed hits to. They anchor a pitching staff which has a team ERA more than five runs smaller than their opponents have. It will be interesting to see what kind of numbers the team compiles in the next couple of weeks. As good as they’ve looked so far, keeping their teeny ERA and minuscule WHIP won’t be easy with road content against Tennessee Wesleyan and a rematch with Faulkner. They also have upcoming fixtures with Auburn-Montgomery, South Carolina-Beaufort and a pair of games with top D-III team Emory.

Entering the Perfect Game NAIA rankings for the first time this week are the Indiana Tech Warriors. Tech took a pair from Northwestern Ohio and followed up the impressive wins with a lopsided sweep of Marygrove College to push their record to 24-3. After playing the NAIA postseason regularly since ’98, the Warriors had their seasons prematurely cut short with a couple of good, but not great, seasons the past two years.

Tech’s three losses this season were each single-run defeats and it seems they are a legit contender for a trip back to the NAIA World Series. While their stock is certainly rising it could go through the roof with impressive showings next month with a rematch with UNOH and series with Davenport and Madonna. Slugger Brian Hakes, who is in the top 10 nationally in slugging percentage, has the prowess and power to lead the team to wins in each of those series.

Speaking of sluggers, not enough can be said about Tabor’s Manny DeLeon. With another pair of homers last week the Dominican Republic slugger has 11 for the season, along with 17 doubles, for a .870 slugging percentage despite the fact the Bluejays have faced one of the toughest schedules in the nation. He’s battered the ball against the likes of Bellevue, Oklahoma City and Oklahoma Wesleyan. His team will face Sterling in one the NAIA’s top showdowns this weekend.

After getting a bit roughed up the week before, Cortland State seems to be back on track and is positioned as the top team in the nation once again. The Red Dragons earned four wins and didn’t allow more than a pair of runs in any of the contests. The Red Dragons are headed for a showdown with surging Oswego, who earned five wins themselves, which included a nice victory over Wisconsin-Stevens Point. Neither club faces a ranked opponent in the next couple of weeks so their late April series should be a dandy as they battle for top billing in the SUNYAC.

The Trinity Tigers made an impressive argument to take over the top position from Cortland, but they’ll have to wait at least another week before the get bumped to the top spot. The Tigers mauled Centenary, which looked like it was going to be an evenly matched back-and-forth series on paper. Instead Trinity took the trio of games by a combined score of 35-11 even despite being played on the Gents’ home turf.

It was a big week for UW-Whitewater who bullied teams in Orlando. The Warhawks punched St. Olaf, winning 16-0, took a pair of games from the usually sound St. Scholastica, shutout previously top 10 ranked Southern Main and manhandled St. Thomas 13-1. With the wins UWW bounded into the fourth spot in the rankings and their would be little argument if they had been moved up even higher.

The rankings got a little overstuffed with three teams tied for 24th. Concordia-Chicago didn’t have any games so they stayed in the same position. They were joined by a reeling Rhodes club, who can’t seem to live up to their top 10 potential, and a quietly awesome Ohio Northern club who refuses to be overlooked.