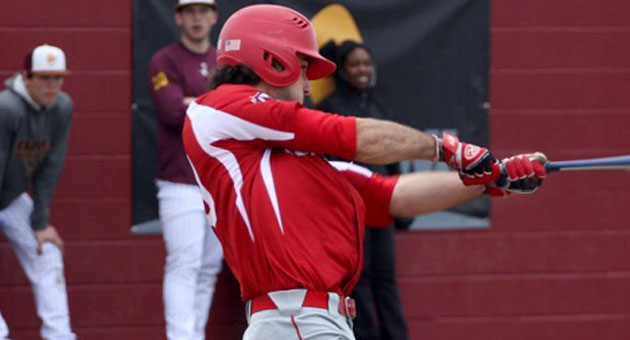 What a difference a week makes.

A week after slabs of the small school rankings were twisted and rearranged after team after team faced each other in dystopian Hunger Games meets Fury Road contests, the modifications to the rankings were mostly minuscule; the top teams in each of the three small school divisions remained more or less unchanged. There were few bumps in the road for the nation’s best-of-the-best and it was one of the few rare weeks when each of the three No. 1 teams remained situated atop their relative table.

Expect the calm to be temporary.

Since teams have been playing for a month their wins and losses have a bit more clout behind them as February turns to March. When a team loses a series the first couple of weeks its easy to chalk it up to early season cobwebs or jitters, but when a predicted favorite gets sent to the woodshed now its time to rethink giving them the benefit of the doubt and start to consider that maybe they just aren’t that good. Now is the time to see if the winter research and fact-finding plays out on the field or if the tea leaves were misread.

Now that some standards have been set, its time to look at how the Top 25 stack up with a fresh, educated perspective and as we start to trade real life box score results for preseason prognostications.

Rankings are based on games through Sunday, February 28.

The biggest leap this past week was made by Columbus State as the Cougars pounced six positions to put themselves on the cusp of the top five. The jump comes as CSU earned their third series win over a quality opponent as they added North Georgia alongside the names of Lynn and Erskine of teams dispatched this young season. The Cougars have been clubbing the baseball, launching 21 home runs and averaging north of 10 runs per contest. It’s a good thing CSU has been so prolific offensively as their pitching staff has been engorged with a robust 5.16 team ERA. If the Cougars are going to continue to be positioned amongst the nation’s elite this spring, that number needs to be reigned in to a more svelte figure.

The East Stroudsburg Warriors are averaging over 15 runs a game and have outscored opposition 121 to 38.

The big matchup of the week was between Colorado Mesa and Dixie State. The series between the D-II stalwarts was everything a baseball fan could hope for and more. Each game was decided by a single run and in the finale, over a dozen pitchers were used in a see-saw contest game eventually won by Red Storm 13-12.

With the series spilt, the Mavs took a tiny tumble in the rankings but didn’t fall much due to the level of competition brought by DSU. Untested until Dixie State visited Grand Junction, the wins gave the Storm some credible victories and launched them into the rankings at the 17th position. DSU can solidify their status as a national contender this week as they have another big series, this time with conference foe Cal Baptist that will give the winner the upper-hand in the standings.

The other new team to the mix this week are the Alabama-Huntsville Chargers. UAH has had two substantial series wins the past two weeks with a sweep of Lee and two of three from West Georgia. Its not going to be easy for the Chargers to remain in the Top 25 as the Gulf South Conference is looking to be as cutthroat as Alton Brown’s kitchen. The conference easily has a half-dozen clubs that wouldn’t be a shock to see at the top of the GSC table in May.

Trey Mathis has been hitting out of his gourd and closer Taylor Clemons has yet to allow a single earned run in 16 1/3 innings over eight appearances. UAH needs to perfect their game this weekend against Christian Brothers before they face West Florida and surging perennial power Delta State in upcoming weeks.

If the rankings were extended to include one more team it would most likely be Cal State Monterey Bay… No…. Make that West Texas A&M… No, wait again… Yes, definitely CSUMB with their dynamic slugging duo of Kevin Davidson and Myles Hager.

After a turbulent week prior, things went a bit more as anticipated this week on NAIA diamonds.

Bellevue had a respectable weekend as they took two of three from a quality York club and shutout Saint Mary (Kan.) to stay in the top spot. Their grip on the top position became a little less tight however after an impressive series sweep by Faulkner of Campbellsville. Right now, choosing the Bruins or the Eagles as the top NAIA team is as dubious of a task of picking Ginger or Mary Ann or taking the red or blue pill. Neither team has much of a perilous schedule in the near future, although Faulker does play a pair against Tennessee Wesleyan, so they should continue to anchor the rankings for the next couple of weeks.

Georgia Gwinnett and defending national champion Lewis-Clark State both have unblemished records; however unlike the bulk of the Top 25, neither team has played many games against ranked opposition. LCSC had an early win over British Columbia, a top-shelf Canadian team, but have no other victories to really write home about. The Grizzlies have been mauling their opposition, but aside from a midweek win over Tennessee Wesleyan, GGC doesn’t have any remarkable wins either.

The Grizzlies do have upcoming games with Madonna, Faulkner and Keiser this month so they’ll get to prove their moxie sooner than later. For the Warriors however, they’ll have to continue to impress with quantity rather than quality to move much higher in the rankings.

This week Tabor will need some much needed wins over Saint Mary (Kan.) after losing six straight to Bellevue and Oklahoma City.  The Bluejays have an upcoming critical conference series with Oklahoma Wesleyan that they’ll need to perform well in if they want to stay in contention for the Kansas Collegiate Athletic Conference and stay in the top half of the national rankings.  The Jays’ batters are pounding the ball hard but the pitching staff has been lit for a uncharacteristically high 5.05 team ERA, a number remarkably north of last year’s dainty 3.23 ending mark.

Look for St. Thomas to go on a scoring and win rampage after starting the year playing with the schedule of doom. To date the Bobcats have played eight games against teams in the top 20 and two D-I clubs – one of which is a little school by the name of the University of Miami. STU doesn’t play another currently ranked team until the end of the month.

After doubling up Salisbury in a pair of games to start the season – one of which being a football-esque 27-13 result – the Red Dragons are firmly the team to beat in D-III. Last week Cortland added four more wins, including victories over Marietta and Methodist, a pair of clubs that will likely be added to the rating mix sometime this season. The next four games for Cortland should be telling to see how good the Dragons really are. Johns Hopkins is a forcible foe and Mary Washington made the move into the Top 25 this week. Rowan, their first opponent of their Florida trip, was ranked much of last season.

If none of those clubs are able to strike them down they may become more powerful than you can possibly imagine.

The second team in the rankings, the Emory Eagles, have also been playing as anticipated. With their sixth straight win the Eagles are perched at 9-2 and are off to their best start of a season since 2008. Emory has their always oddly early scheduled UAA Championships coming up where they’ll be aiming to win their fifth association title in six years.

The aforementioned Mary Washington Eagles enter the rankings on the heels of a double-header sweep over Messiah that kept them perfect for the young season. To date the Eagles have compiled 29 extra-base hits in nine games for a team .510 slugging percentage, a number twice that of their opposition which has been held to barely a single earned run per contest. If UMW can come home from their South Carolina trip with a perfect record and usurp Cortland State next week, the Eagles will soar up the rankings.

Eight teams in the Top 25 still have yet to play a game this season. UW-La Crosse, who also will play SUNY-Cortland in the near future, Southern Maine, St. Thomas, Tufts, Wooster, UW-Stevens Point and UW-Whitewater still won’t take to the diamond this week, however Adrian will finally get between the chalk for nine innings.