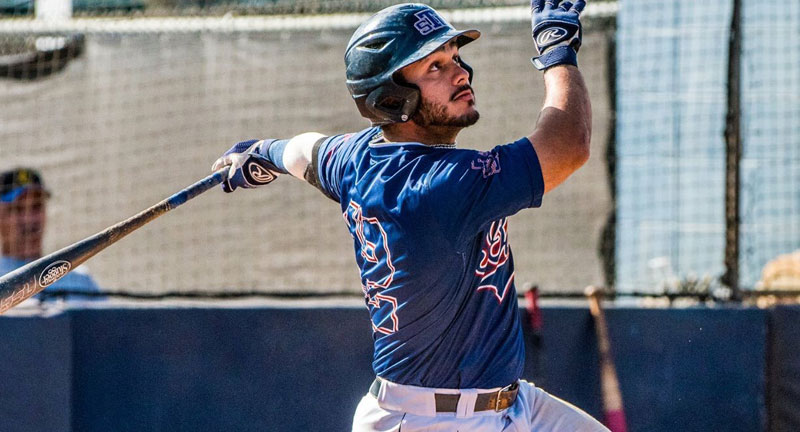 There are no changes to the top-ranked teams in either of the three small school rankings, but there’s plenty of hullabaloo in the second halves of the Top 25s as teams flex their muscles and might. As a refreshing change of pace, most of the clubs that were removed from the rankings weren’t due to lapses on their behalf, but rather due to impressive performances by previous rankings outliers whose results couldn’t be ignored another week.

Lots and lots and lots of matchups between ranked teams this week, especially in the NAIA with Georgia Gwinnett traveling across the country to play Lewis-Clark State, Faulkner facing the newly-ranked Mobile Rams and William Carey hosting Middle Georgia State. In NCAA action at the D-II level fire up the modem and watch Florida Southern’s advantageous road trip as they play games against Mount Olive, North Greenville and Flagler. There’s a great midweek rematch against Belmont Abbey and Wingate to take in. In D-III, UMass-Boston has a slew of games scheduled this week, the most noteworthy of which is against St. Fisher. Salve Regina will play Southern Maine and Centenary travels west to take on the defending national champions Cal Lutheran.

With all those games and so many more meaningful matchups the possibility for a rankings shakeup is possible, but until then here are how the small schools stand.

Rankings are based on games through Sunday, February 25.

After another magnificent week on the diamond the Florida Southern Mocs have entered the top five and have compiled their winningest start of a season since 2005. That FSC team started the season 20-1 and ended the year taking home the program’s ninth baseball championship.

While impressive statistical performances abound, the Mocs’ runaway MVP is Logan Browning who returned to school despite having his name called in the MLB amateur draft for the second time last spring. Like his father, Tom Browning, who was an all-star and threw a perfect game for the Cincinnati Reds, Logan has monster talent on the hill. So far this season he has earned a 1.44 ERA in five starts with 39 strikeouts in 31 1/3 innings while only allowing a paltry 19 hits. He also prevails at the plate as he’s leading the team in batting, hitting .426 with eight of his 17 hits going for extra bases to amass an extra hearty 1.34 OPS.

“We are so lucky that Logan came back, I can’t imagine where we’d be without him,” head coach Lance Niekro said about this senior star. “Not only his talent, but he is just a smart baseball person. Everyone follows his lead and feeds of his energy.”

The Mocs have a massive midweek schedule this week, facing Mount Olive and Flagler, two teams who just entered the rankings, as well as North Greenville who just climbed into the top 10. Each of the games are on the road and if the Mocs can escape those contests unscathed, those wins, combined with an anticipated sweep over Eckerd this weekend will give FSC the juice to claim the No. 1 position with the next update regardless of what the three teams currently ahead of them do.

Another player putting up incredible numbers and carrying his team up the rankings this young season is West Texas A&M pitcher Joe Corbett. Corbett transferred to WT from Arkansas-Little Rock where he was a relief pitcher but has joined coach Matt Vanderburg’s starting staff. The Buffs have won each of his four starts as he has earned a 1.63 ERA, thrown a complete game and looks like the second coming of recently drafted Marshall Kasowski, who threw brilliantly last season. In just 27 2/3 innings Corbett has struck out 42 batters (13.6 K/9) while limited opposition to only12 hits (.130 batting average). His emergence has led the Buffs into the Top 25 for the first time this season.

Lots of turbulence at the back end of the rankings as the teams previously ranked 21-25 were all outed from the Top 25. None of the five looked particularly bad to warrant their release, but there were several teams who were able to push them out due to their top shelf results.

The highest new entry into the Top 25 is West Texas A&M, thanks in large part to the previously mentioned Joe Corbett’s pitching prowess. Also joining the Top 25 are Southern Arkansas, who won a series over previously ranked Oklahoma Baptist for a swap of Great American Conference contenders, Angelo State, who returns after a one week absence, and 2018 debuts by Flagler and Mount Olive.

Flagler is looking particularly impressive, riding a double-digit win streak with sweeps over conference rivals North Georgia, Lander and Francis Marion. The Trojans are in a position to cement their standing with a huge series against Belmont Abbey upcoming followed by a pair of tough contests against Franklin Pierce.

A club continuing to bust chops in the NAIA is coach Jorge Perez’ St. Thomas Bobcats. The well-balanced, veteran-laden team has solidly been in the top five all season long and earned another three wins last week. Interestingly the ‘Cats have only faced NAIA competition in half of their games headed into this week. STU notoriously takes on all comers whether it be Nova Southeastern, who won the D-II title in 2016, the Florida National Conquistadors of the United States Collegiate Athletic Association or the independent Miami University Hamilton Harriers, who claim the Ohio Regional Campus Conference as their home.

This week they’ll play the Statford Cardinal, another USCAA team, and D-II’s Wilmington Wildcats. There doesn’t seem to be a school too big or too small for the Bobcats to face. If the Tampa Bay Rays or Florida Marlins were up for an exhibition game St. Thomas would unabashedly suit up to take them on too.

Erne Valdes, who finished last season in the top 10 nationally in hits allowed per nine innings (6.28) and opposing batting average (.198) while compiling 100 strikeouts in just 76 innings of work, has moved to the bullpen where he’s stuck out 20 batters in just 9 2/3 innings. That’s allowed Orlando Rodriguez and Ian Exposito to shine in starting roles since transferring in from Florida Gulf Coast and Broward College respectively. The tandem has a combined 0.66 ERA and are holding opponents to a batting average well below .200.

Elih Marrero and Nelson Mompierre, who transferred in from SEC schools, have been as advertised and are important parts of the lineup that is batting .358 as a team.

Three teams debuted in the 2018 rankings and another made a return after being in the preseason table. Mobile, Keiser and Cumberland all earned their way into recognition by going 11-1 last week. Taylor recaptured the No. 25 position by winning five of six, including a win over rankings outsider Indiana Tech.

It’s an especially welcome return to the Top 25 for Cumberland, whose winning ways have waned since winning the national title in 2014. Since then the Phoenix have had a sub-optimal .472 win percentage without much semblance of that championship team. This year the Phoenix have risen, pounding out lopsided wins over Bryan and Reinhardt and played top-ranked Faulkner tight on the road but were foiled by unearned runs.

This week Cumberland has an opportunity to put an exclamation point on their ranking rise as they play LSU-Shreveport and Texas A&M-Texarkana on the road. The Pilots are just outside the top 20 and the Eagles are 14-2 headed into the week.

Carlos Moseley and Rayden Sierra are leading the Phoenix in batting and home runs and Polo Portela has been a welcome addition to an experienced pitching staff which hardly lost any innings over the offseason. While it’s still way too early to stamp Hall of Fame head coach Woody Hunt’s team as being officially back, it’s unquestioned that they are headed in the right direction.

Removed from the rankings are the Bellevue Bruins, who were unceremoniously bounced after a terrible, terrible start. While it wasn’t easy to overlook their opening day 21-0 drubbing at the hands of Oklahoma City, they got the benefit of the doubt with a revenge win over the Stars and taking two of three from Tabor. However, now the missteps have gotten too obscene to consider them an elite team at this time.

The Bruins were also bounced by Texas College, a team that went 14-41 last season and 5-38 in 2016. BU additionally was manhandled by fellow Nebraska school Doane by a lopsided score of 15-1. Last weekend the preseason No. 3 team had an opportunity to prove their meddle against a gaining-traction Keiser but were swept in the series.

While confident of their national contention worthiness prior to the season, their overall ability to hit, pitch and be competitive has come to the forefront. Realistically, the Bruins shouldn’t be tested much the rest of the season, aside from a road series with Jamestown. They’ll not only have to win often, but win big to prove they’re worthy of a spot in the Top 25.

Two surprising outcomes, even by unpredictable NAIA standards, occurred last week. Twice teams thew no-hitters, but lost the game. It happened the first time when Central Baptist lost to William Woods 1-0 in 10 innings. The winning run was scored after a wild pitch allowed a run to cross the plate after three consecutive walks to Owl batters. The next day Milligan no-hit Montreat but lost as the Buffs committed a pair of errors that led to a score.

The results in D-III have been a slippery pickle to manage. The only teams who have yet to lose a game are clubs who have only played one contest or have yet to take the diamond. With that it was difficult to select teams for the top 10. UW-Whitewater continues to hold on to the No. 1 spot, but largely due to the fact that they haven’t had an opportunity to lose like most other preseason favorites. Previously second-ranked Cortland State lost a pair of games to even their early record at 4-4, but it’s way too early throw their preseason prognostication out the window quite yet.

Making their 2018 debut in the rankings are the Frostburg State Bobcats who enter at No. 18 after taking one of the aforementioned games from Cortland. Albeit it’s still very early, the team is batting .355 with four starters hitting well above .400. Nonetheless, none of the offensive stats can hold a candle to the numbers Greg Schneider is continuing to put up.

Earlier this season the Stevenson Mustangs outright drug Frostburg pitching, scoring 21 runs in a laugher. In his last start Schneider avenged the loss, throwing a complete game one-hitter while striking out 15 for his third win of the season. So far this year Schneider has only allowed a total of five hits in 22 innings with FORTY FIVE strikeouts.

As it often does, things aren’t looking great for the defending champions, Cal Lutheran. After going 0-3 last week the Kingsmen are the last team in the rankings with an 8-9 record. Nevertheless, CLU shouldn’t be too concerned. At this same time last season the team was 7-6 before going on a 15 game winning streak. Head coach Marty Slimak’s team is down but they most certainly are not out.

This originally appeared on the Perfect Game website on March 7, 2018 here: https://www.perfectgame.org/Articles/View.aspx?article=14965