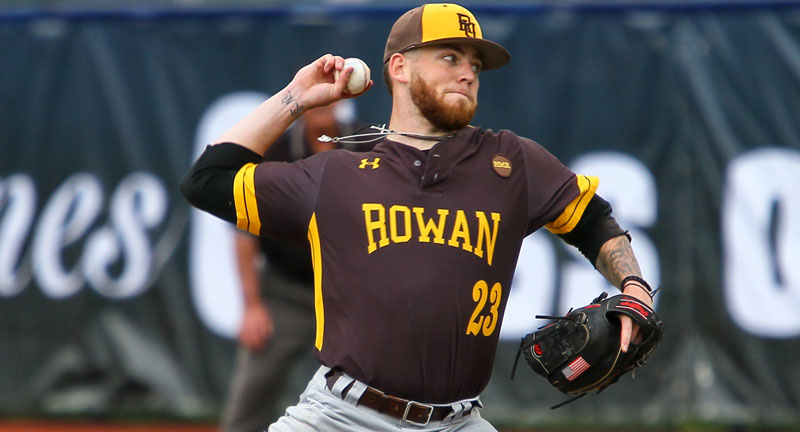 Included with this week’s rankings is a look at a handful of teams from the trio of small school divisions who are currently listed in their respective division’s Top 25 that had been unceremoniously omitted from the preseason prospects. Admittedly, even if the Perfect Games small school rankings included a “receiving votes” section, they would have been absent from that as well.

It’s not that these schools were particularly bad – they weren’t by any means – they just didn’t have the look of title contender or have that “je ne sais quoi” before the season started. For the most part these teams appear to be nothing more than middle-of-the-conference schools and if someone would have put down money that even a pair of them were going to be headed to their division’s opening round, it would have been seen as a longshot.

Regardless, each of these five have been sensational success stories this spring. All are unequivocally among the best schools in their respective regions and legitimate contenders for deep runs into the postseason. Their triumphs are testaments to their coaches’ ability to draw out the best in their players and proof that it only takes a few players to be difference makers on the diamond.

Rankings are based on games through Sunday, May 6.

The outlook was far from brilliant for St. Leo at the beginning of the season. The Lions were coming off a ho-hum spring in which they finished under .500 despite wielding the nation’s leading hitter in Dylan Harris in their lineup. Harris had eligibility left for 2018, but he bolted to conference rival Nova Southeastern in the offseason which hobbled the Leo lineup. The pitching staff outlook was a bit bleak (to put it nicely) as they had been ineffective the year prior, giving up over 6.5 runs per contest.

To add to their murkiness the team was going through a coaching change to Rick O’Dette. O’Dette was a proven performer at the now defunct St. Joseph’s College, but he was transitioning to the Sunshine State Conference, arguably the top conference in D-II and unquestionably a higher level and ability than the ball which was being played in Indiana. Not surprisingly, St. Leo was predicted to finished 10th out of 11 teams in the SSC preseason coaches’ poll.

Despite their lowly expectations, the Lions started the season winning. The victories were against quality opposition too, taking series from Alabama-Huntsville, Lee and West Alabama to kick off the season.  Once conference play began the W’s continued to compile.

Their first series loss didn’t come until mid-March when they were (temporarily) derailed by perennial power Tampa. The Lions quickly regained their winning form, but again were a bit besieged two weeks later by Nova Southeastern, who swept them. Yet as before, Leo recouped and ran their winning total to 34 headed into a series with top-ranked Florida Southern.

The Lions third series against a top power was the charm, as O’Dette’s club took the series and nearly swept FSC in Lakeland.

There are a number of reasons SLU has become a title contender this season. O’Dette’s introduction is obviously one of them as he’s instilled his fast tempo game and brought reinforcements with him to campus. Amir Wright and Joey Antonopoulos, made the move with him to Florida and have been two of the top players in yellow and green. Wright is third on the team in batting at .341 and Antonopoulos has been invaluable in a dual role, appearing in 16 games and earning the win in six. Also making the move to SLU was leading slugger Peyton Isaacson who transferred from Coastal Carolina where he was a member of the Chants’ CWS winning club.

There have also been a number of players who’ve elevated their game, including Brett Coffel and Joran Pendleton, who’ve transformed from adequate stopgaps into full-fledged all conference performers.

With their wins over Florida Southern last week, the Lions have re-entered the rankings at the No. 18 position.

Another team that is having surprise success this season is Columbus State. Unlike St. Leo, the Cougars have been one of the division’s top teams over the past decade and have been perennial contenders for conference, regional and national titles. However, like the Lions, the Cougars were unimpressive in 2017.

Their 29-21 finish was decent, especially considering they play in the Peach Belt Conference, but their middle-of-the-table finish wasn’t exactly something to display on the refrigerator either. Making things look even more inauspicious was that the crux of the previous year’s team, their strong staring pitching duo of Caleb Kutsche and Brandon Koehler, who compiled over 200 innings between them, had graduated.

Despite pessimistic projections that placed them fifth in the PBC preseason coaches’ poll, the Cougars have pounced on competition and are unquestionably on the short-short list of teams that have the ability to take home the national title. CSU is firmly in the top three of the conference standings and have made their way into the top 10 of the Perfect Game rankings. Their 38 victories to-date this season include wins over West Florida, UNC Pembroke, Flagler and Georgia College, all teams that have been ranked this season. Over the past weekend they took two of three from North Georgia, who had advanced to the D-II Baseball Championships last season.

The Cougars’ success has been in part to a team effort, which has seen several players become difference makers. Staring pitchers Kolton Ingram and Perez Knowles put up quality numbers last year but they were a mere shadow of this spring’s success. Ingram is currently 10-3 with a 2.56 ERA and has stuck out 112 batters in 98 1/3 innings. Knowles has fanned 102 in 87 innings and earned a 3.62 ERA. The two have give CSU one of the most imposing 1-2 duos in the nation.

Offensively, a big spark has come from transfer Austin Pharr, who saw limited action at Kennesaw State. With an opportunity to play everyday Pharr has become an All American candidate with a .353 batting average and is leading the team in home runs and doubles.  Freshman Robert Brooks has also been a main reason for the team’s turnaround as he has been tremendous in his collegiate debut, batting .348 with nine home runs.  A tip of the cap must also go to Frank Wager who is topping the team in home runs after transferring from Chattahoochee Valley Community College.

After winning 41 games in 2016 and 37 the year before, the Lions took a step back last season as they barely eclipsed the 30-win barrier and were sub .500 in the American Midwest Conference. Their returners to the diamond included some solid hitters and decent defense, but the overall pitching looked a bit thin. Anticipating anything other than a repeat of the previous year seemed over optimistic and the AMC’s coaches’ positing of them finishing in the middle of the conference seemed apropos.

Nevertheless, fate has been on the Lions’ side this spring. They were an assuming 15-12 in mid-March but then went on a ferocious tear in which they were nearly unbeatable. The next two months of baseball would have them rumble their way to winning 25 of 27 contests, and the two defeats being by the slimmest of margins. In the first defeat they were edged by one and in the second was due to a bottom of the ninth, two-out walkoff home run.

The wins however, have been just a memorable. They include a sweep of Lyon, a thrashing of Cumberland, series victories over up-and-comers Blue Mountain College and Harris-Stowe, and most importantly, the Lions first-ever AMC tournament title.

The Lions’ success this season has been a team accomplishment with players stepping up throughout the lineup and on the mound. There are few standouts on the team in which the proverbial sum of the whole is greater than the sum of its parts. Although that’s not to say there aren’t a few players worth getting some extra praise.

Josh Sears has been mashing the ball all season and tops the team in home runs and is leading FHU in batting at .391 as well. The freshman is listed as 6-foot-4, 299-pounds and swings the bat with every bit the savagery you’d image. Beau Caviness has been indispensable in the bullpen and is among the leaders in saves with 16 and Collin McPherson has been a contributor on the mound earning five wins over 37 innings while also batting .292 at the plate.

Rowan’s situation is a bit different than the other team’s mentioned in the D-II and NAIA sections. Those teams simply anticipated being middle-of-the-conference clubs who’d win a few good games here and there but wouldn’t amount to much as far as being a national contender.  Rowan was anticipated to be good, just not crazy silly awesome like they have been.

The Profs earned an at-large bid to last season’s extended NCAA postseason during a more-than-respectable 29-18 run, but there was little reason to think that 2018 would be much more than that. It seemed predetermined that the New Jersey Athletic Conference titles would have the name “The College of New Jersey” attached to it once again. Rowan was expected to battle Ramapo and Kean over TCNJ’s scraps in an effort to earn another at-large bid. However, as the season has unfolded it is the Profs who are the runaway favorites in the conference and are unquestionably not just one of the top D-III schools in the region, but the entire nation.

It seems impossible that any team has played a tougher schedule this spring than the Profs. Rowan has met Randolph-Macon, UMass Boston, Southern Maine, Ramapo, Salve Regina, Salisbury and rival TCNJ on the diamond this spring and the Profs have managed to earn wins against each of those teams that have been ranked at one time this season. The Profs have gone an incredible 33-9 and streaked their way into the top 10 by midseason. They’ve been firmly entrenched there ever since without even a hint of falling from that elite designation.

The Profs are batting nearly .100 point higher than their opposition, with only one regular starter not batting at least .295. The only exception is Dan Shane, whose 25 stolen bases and .431 on-base percentage more than make up for it. Each member of the Profs’ lineup somehow seems more offensively potent than the last as each batter has a different specialty, whether it be the ability to slap out a hit, turn a single into a double, wear down a pitcher or lean into a fastball to take one for the team. They are an interchangeable, run-scoring machine.

On the mound Danny Serreino is putting together the kind of season that inspires poets and songwriters to praise. In 70 1/3 innings on the mound, Serreino has only allowed 29 hits (twenty-nine is not a typo) to hold opposing batters to a measly .126 batting average. He also has 81 strikeouts so far, meaning that batters are nearly three times more likely to strike out against him than manage a hit. He has been an absolutely surprising sensation this spring considering he only accumulated 25 innings and a 3.60 ERA last year.