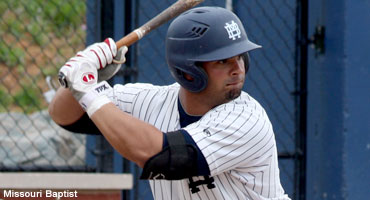 It would be easily to anoint Cumberland as the preseason favorite to capture the NAIA title once again in 2015. The Bulldogs have a Hall of Fame head coach, are the reigning national champions and have already captured the crown three times in school history, including twice in the last four years. Last year’s CU club was a resilient, scrappy bunch which five times was faced with a win-or-go-home scenario and prevailed each time.

Nonetheless, it would be rash to peg them as the top them headed into the spring. Last year’s edition of the Bulldogs was the last team standing fueled by an extraordinary late-season surge with a senior-laden squad that now needs to replace 16 players from last season’s club, including almost the entire starting lineup. With that being said, it opens the door wide open for someone to dethrone the Bulldogs as the top dog in the NAIA.

Unlike the NCAA Division I level where a clear-cut preseason favorite has been established, this year’s NAIA race to Lewiston should be a week-to-week battle for the top rankings both within conferences and nationally. There are many teams with high quality pitching and several schools with a lineup full of thunderous bats, yet few teams seem to be bringing back a stocked roster with a top-shelf mix of both.

Because of that, selecting and positioning the teams for Perfect Game’s preseason ranking of the Top 25 NAIA teams was a daunting task. Even more difficult was choosing which club would be given the title of the preseason top team.

To select the preseason No. 1 team and complete the preseason Top 25, dozens of teams were evaluated and considered. To make the decision reams of paper were scribbled upon, countless highlighters met their demise and immeasurable hours were spent trying to figure out what the aforementioned illegible scrawls on the notes said. Each club was scrutinized inside out, upside-down and sideways until the top team was chosen and the rest of the clubs were put into position.

Choosing the top team was the most arduous task. Cumberland was removed from consideration as the top team without much deliberation. Too many cogs were going to be absent from the machine that won it all last season. CU wasn’t completely put out of the equation, however. The Bulldogs still have a pair of experienced starting arms, including ace Jake Collier, which will always give them a chance to compete. Plus, a program like Cumberland doesn’t rebuild, they reload, and after they go through some growing pains, they could easily challenge for a title once again.

With CU out of the picture the next thought goes to Lewis-Clark State. The Warriors have been the longtime bullies of the division, having won 16 of the last 28 titles, but much like Cumberland, Lewis-Clark State also had a senior exodus. They will be without a ton of experienced and valuable talent that makes selecting them for the top position a risky proposition at best. One could re-read the last sentence from the previous paragraph and substitute “Lewis-Clark State” for “Cumberland.”

Oklahoma Baptist and Faulkner were both ranked No. 1 at one point during the 2014 season and were given extra long looks at being the top team for 2015.

The Bison were a near unanimous choice as the top team headed into the postseason last year and have a wealth of talent headed back to the field. Unfortunately some of the few bats and arms that are missing were some of their best players statistically. The same can be said for the Eagles. Tons of talent will be between the chalky lines but a couple of key absent players here and there leaves too many question marks for the 2013 NAIA champions.

After tirelessly searching through stats and rosters like Juan Ponce de León seeking the Fountain of Youth, or an angry grandfather trying to find the lost TV remote, a top team was finally discovered. A club with the proper combination of returning top talent in the lineup, in the field, on the basepaths, on the mound and in the bullpen which makes them the 2015 team to beat in the NAIA.

The 2015 preseason top team is the Missouri Baptist Spartans.

Coach Eddie Uschold has had MBU on the cusp of greatness for a while, especially the past couple of years. In 2012, the Spartans were one strike away from advancing to the NAIA World Series for the first time but were usurped by a late Lee Flames’ rally. The club finally made it to Idaho in 2013 and finished the season fifth in the nation.

Last year the Spartans made their way up the rankings to the third spot midseason but were eliminated in the postseason after dropping their final two games to Cumberland, the eventual national champion. This could be Missouri Baptist’s year.

The Spartans are lead by a pair of All-Americans in Orlando Olivera and Brandon Zywicki. Olivera was in the top 10 of most major hitting categories last season and was a First-Team All-American. He hit .445 with 11 homers and slugged .683. He also topped in the NAIA in hits per game. Zywicki was eighth in the nation with eleven wins and finished the season with a 3.05 ERA. He went the distance in five of his 16 starts and recorded 66 strikeouts in 97.1 innings pitched.

They’ll be joined by a robust roster of returners which includes four regular batters who hit .290 or above and a pair of starting pitchers who went a combined 18-2. Add in an experienced closer, a solid middle relief staff and some talented transfers and freshmen and Coach Uschold will have himself a championship stew cooking.

The top two professional prospects at the NAIA level in 2015 hold considerable pro potential, not to mention intrigue. Perez, a true both-handed pitcher, has had the ability to throw in the low-90s, with both hands, since his days in high school. His command, and breaking stuff, are equally sharp regardless of what hand he throws with. He stood out last summer pitching for Hyannis on the Cape Cod League in which he was ranked the 32nd overall prospect by Perfect Game’s Frankie Piliere. Here’s his report:

The disclaimer that should be stamped on Ryan Perez is as follows: despite the fact that he throws with both hands, this is not a gimmick. Perez would be a highly legitimate, top three round prospect whether he was a switch pitcher or not, so let’s get that out of the way off the bat. Particularly from the left side, Perez has swing-and-miss type stuff and the deception in his delivery can make him downright electric in short outings. He works routinely at 90-93 mph from the left side from a lower three-quarters slot and mixes in a 55 to plus curveball that slider, lateral action 77-80 mph. It has outstanding depth and the angle he creates from the first base side makes it a devastating backdoor pitch to righties, as he does opt to stay lefty at times even against righty batters. His fastball has plus life, and the game of angles he plays with hitters is similar to something you’d see from Giant’s ace, Madison Bumgarner or 2014 first round draft pick, Kodi Medeiros. Perez does not have the ceiling of those pitchers, but he creates the same discomfort for hitters. From the right side, Perez’ stuff is very similar, as is his delivery. He works at 89-92 mph and flashes a solid-average 11-to-5 curveball at 77-80 mph. He’ll flash above average potential with this curveball as well. Bottom line: a pitcher with stuff to miss bats with both of his arms has a very high value. What his long term role is can be very difficult to project, and right now, when he picks a hand to throw with he doesn’t typically go back and forth during an inning. He made an exception in the Cape League All-Star game for his one inning stint, but it just goes to show he doesn’t rely on the novelty-esque nature of his ability.

Although not with the same level of intrigue, Tyler Mark is much more straightforward as a prospect; he has a live arm, and he throws hard. He sat in the low-90s last summer pitching in the Northwoods League, making appearances in the league’s all-star game and top prospect showcase, showing the exact same profile at each event. Here is his report from last summer, in which he was named the league’s 11th best prospect:

Mark was one of the league’s most pleasant surprises, a power-armed righthander from Cal State Dominguez Hills at the D-II level. He routinely displayed his live arm by sitting in the 90-92 range all summer long, peaking at 94, and allowed only two earned runs in 27 2/3 innings (0.65 ERA) out of Mankato’s ‘pen. In addition to throwing hard he showed an advanced idea of how to pitch, and his arm speed made his fastball play up. His slurvy breaking ball still needs some refinement, but the power and break are there when it’s on, and he also threw an occasional changeup. Mark’s age is also a plus, as he won’t turn 20 until Oct. 18.