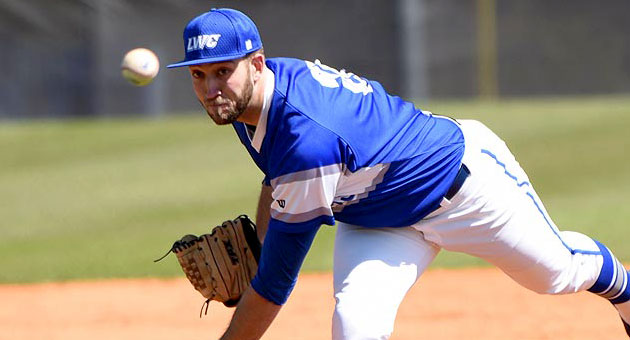 Overall this season has pretty much played out at anticipated. In D-II the top six teams in the way-back-in-the-preseason rankings are still the same top six teams today (albeit in a slightly different arrangement). In the NAIA it hasn’t been quite as stable at the top, but overall the 2016 prognostications have been pretty legit. In the top 15 only one club in the latest ranking wasn’t in the preseason Top 25, so no big surprise there either. Meanwhile in D-III, things are admittedly a little more tumultuous overall, but not too out of control. Only one team currently in the top 10 wasn’t ranked to start the season and four of the five teams at the top of the rankings weren’t in the preseason top six.

Nevertheless, some picks have been off the mark.

As a part of this week’s small school update we’re going to check in on some of the clubs that were on the short list of title contenders to start the season, but for one reason or another, the season hasn’t quite gone their way. Fortunately for most of these schools, postseason spoils and success are still an absolute possibility. Slow starts may have derailed their championship goals to start the season, but they still can get on track to a late season run for postseason play and the opportunity to dogpile as the last team standing to earn a big shiny gaudy ring at the end of the season.
Rankings are based on games through Sunday, April 24.

Minnesota State Mavericks
The Mavericks are a D-II perennial power and were one of only four teams last season to complete the year with just single-digit losses. The Mavs have won 40 games for the past six seasons, and with their top four starting pitchers back, along with a dominating closer, a lucky seventh seemed a lock. However a sketchy start left MSU with a 10-8 record and they fell out of the Top 25 after starting the season in the top 10.

The Mavs have been much better of late, winning 12 of 17 games, and won a crucial NSIC and Central Regional series over Concordia-St. Paul last weekend. Their remaining schedule doesn’t have any of the conference leaders so they should be able to gain wins and confidence as the postseason approaches. With SCSU entrenched in the top 10 and Minnesota Duluth and Augustana surging, it’s likely the Mavs will have to win the NSIC tournament title to play in the extended NCAA postseason.

Southern Arkansas Muleriders
The Muleriders have advanced to the NCAA regional tournament in eight straight seasons, but that streak is in definite danger of coming to an end. The outlook to continue their winning ways looked promising headed in to the spring with a talented and experienced roster full of competitive talent, but the ball hasn’t quite bounced their way this season. SAU started the season an un-Mulerideresque 14-9 as they slid their way out of the standings.

It’s not that the Muleriders are playing poorly, they’re not, they just seem to be uneven on the field. One game they’re firing on all cylinders, winning a contest by a double-digit margin, then the next matchup they lose to the same team by a handful of runs. You just don’t know which SAU team is coming to play. The most telling mark is that SAU is among the Great American Conference leaders in most major offensive and pitching categories, but are a surprising sixth in the standings. Like Minnesota State, SAU will have to win their conference tournament to continue playing into the middle of May.

Florida Tech Panthers
After having one of the most prolific offenses along with an exceptional pitching staff last season, the Panthers had what appeared to be the perfect mix of returning players and top-shelf incoming talent for a breakout year. FIT was ranked 11th in the preseason rankings, and thanks to an 11-game winning streak, spent the first month just outside the top 10 before their season took a terrible tumble.

The Panthers held their own against stalwarts Florida Southern and Tampa, but were ultimately unable to win any games in the series against their conference rivals. The Panthers won a nice series over St. Leo last weekend, which likely eliminated the Lions from postseason contention, but FIT themselves are a long shot to play once the regular season ends. With the SSC not having a conference tournament with an automatic bid, the Panthers have to hope for an at-large bid, and even season-ending sweeps of Nova Southeastern and Eckerd likely won’t be enough to keep them playing.

Lindsey Wilson Blue Raiders
The Blue Raiders out-slugged opposition by over .100 points last season and the bulk of that lineup was headed back to campus along with a more than respectable pitching staff. With such potential the Blue Raiders were ranked 11th in the preseason and quickly joined the top five with wins over St. Thomas, LSU-Shreveport and Faulkner to start the season. LWC appeared to be on the fast path to the postseason, but April got real, real ugly for the Mid-South Conference power.

After a “meh” March, The Blue Raiders have gone 7-9 during April and have steadily slid outside the Top 25. A scheduled game against Bryan this week would have gone a long way to get them back on track, but it was canceled, leaving only the upcoming conference tournament as a final chance to impress and secure an invitation to the NAIA opening rounds.

The Master’s College Mustangs
The Mustangs returned a cache of top hitters and pitchers for another run at the Golden State Athletic Conference and NAIA titles. With their powerful lineup and a pair of prolific hurlers, the Mustangs earned the sixth spot in the preseason rankings; however a slow start with a 7-5 record quickly bumped them out of the top 10. A slow but steady move down the rankings followed and a series loss to Menlo in early April knocked them out of the Top 25 completely. Nevertheless, the Mustangs’ postseason chances are solid.

After dropping their first game of the set, The Master’s College came back and won a critical series last week over Vanguard. In the final two games of the series the Mustangs outscored the then 12th-ranked Lions 26-1. The Mustangs have a game this week against Bethesda followed by a three-game series with lowly William Jessup, which should secure them third place in the GSAC standings and a spot in the conference tournament. A strong showing should get them an invite into the NAIA opening round.

Mt. Vernon Nazarene Cougars
The Cougars made their sixth consecutive appearance in the NAIA National Championship Opening Round last season and returned the bulk of the starting pitching staff to earn the 23rd spot in the preseason rankings. MVNU started the year 7-1, but the wheels feel off the wagon quick and they had a 14-12 record in early April.

The Cougars have bounced back and have been playing better of late, but they still have a long way to go if they want to run their NAIA streak to seven, a very long way. Currently MVNU is seventh in the 10-team standings with no chance to impress with signature wins. The Cougars only chance to play in the postseason is if they roll though the Crossroads League tournament and earn an automatic invite.

Point Park Pioneers
The Pioneers barely missed the NAIA postseason last year, and with a stocked pitching staff and pro prospect Demetrius Moorer leading the offense, PPU seemed like a sure bet to return his year. The Pioneers were given the 20th position in the rankings, but quickly lost the spot and put the Top 25 in their rear-view mirror.

The Pioneers have struggled to get their footing all season and have earned a disappointing 7-13 record outside of the Kentucky Intercollegiate Athletic Conference. The good news is that the team has been playing well overall in the KIAC with a 17-7 record, and are third in the conference standings. Usurping IU Southeast for the conference tournament title will be a tall task, but it’s one the Pioneers are capable of, and will need to do, if they want to play in the NAIA tournament.

Webster Gorlocks
Webster advanced to the D-III World Series for the third time in the last four years last season and seemed like a sound bet to make a return in 2016. The Gorlocks returned a prolific pitching staff and had seven everyday starters coming back to campus, including D-III’s leading home run leader from the previous year. Despite their preseason potential the Gorlocks had an absolutely abysmal first half of the season. Through April 10 WU was barley above .500 at 14-12 and had been shut out four times, a result that had only happened once in 2015. However those lackluster losses appear to be a thing of the past.

The Gorlocks have won their last seven games and scored at least nine runs in five of those contests. With the wins WU has improved to 14-4 in the SLIAC, which places them soundly atop the conference standings. With a pair of wins this week against Spalding the Gorlocks will likely climb back into the Top 25, just in time for a big-time regional matchup with Concordia-Chicago.

Rhodes Lynx
Rhodes entered 2016 welcoming back their top four arms from last year’s pitching staff that had the lowest team ERA in D-III. The sensational staff was the highlight of the best seasons in school history in which the team earned a place in the NCAA regionals where they were barely bested in two one-run losses. Overall the season was a resounding success and the team appeared to be headed for bigger and better things in 2016. With that the Lynx were given the fifth position in the preseason rankings, a spot they’d quickly relinquish with a discouraging start to their season.

As late as April 5 the Lynx were mired in mediocrity and had a 16-17 record. They lost more games by the end of March than they had in all of 2015. However don’t count them out quite yet. The Lynx recently took four games from Oglethorpe and a pair from Hendrix to make their way to the Southern Athletic Association championship series where they’ll defend their conference crown. Two wins against Birmingham Southern would get Lynx back into the postseason where anything can happen.

Kean Cougars
The Cougars were the top seed in the Mid-Atlantic Regional last season as they reached their 10th straight NCAA Tournament, six of which included trips to the World Series. With that pedigree and a dugout full of experienced upperclassman, Kean was ranked seventh to start the season; however by week seven of the rankings the Cougars were out of the Top 25.

The Cougars were 14-11 on April 10, but look much more like the team that was expected of them as of late. They’ve won eight of their last nine contests, which included a pair of wins over Ramapo. At 22-12 they’ve earned consideration for a Top 25 resurrection and will certainly achieve it if they’re able to win at least three of their four games this weekend against Rowan and Rutgers-Camden. Even a split against the two would probably get them in if a couple things go their way.