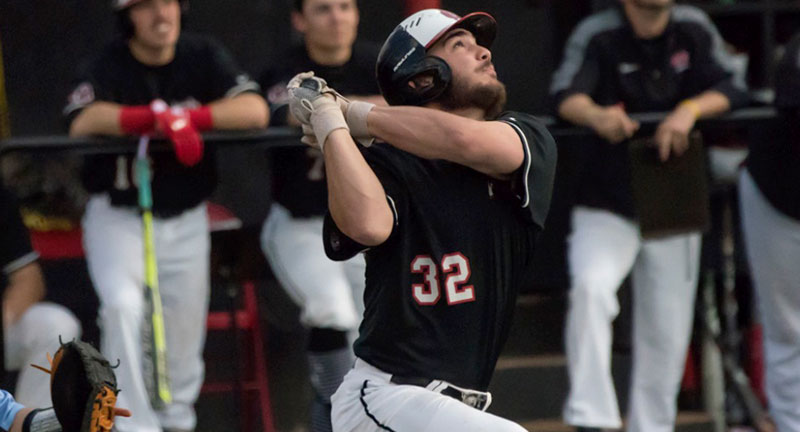 With the season still in its infancy, the latest updated rankings are, for better or worse, still grounded much more on preseason prognostication rather than on-the-field results. It’s difficult to determine if a team’s lopsided defeat was due to a bad day on the diamond, of if they simply were outmatched.

For example, in D-II Catawaba, the preseason No. 15 team looked ghastly out of the gate, losing their first seven contests, two of which by a combined score of 6-36. Since then they’ve gone 7-2 with a win over perennial power Mount Olive and five against Coker and Shippensburg, two teams which were recently in the D-II Baseball Championships. So which team are the Indians, the sputtering patsy or a club looking to make their third trip to the final eight in six years? That question is still very much in the air.

Accordingly, if the records look a little unreasonable and askew, like how NAIA’s LSU Shreveport is ranked despite being only a mediocre 9-8 or Cortland State is second in D-III despite being 3-2, remember that the rankings are not based on winning percentage, but something more akin to win probability. That is how the teams are believed to finish should they play to their potential. Check out the preseason predictions for help deciphering where some teams are where they are.

As games continue to be played the hypothetical forecast fraction of the rankings will diminish and instead boxscores and strength of schedule will rule the formula. Until then, following are the latest and greatest predictions of who are the top teams in small school college baseball.

Rankings are based on games through Sunday, February 25.

In 2014 the North Greenville Crusaders were not good. In fact they were pretty awful. They finished the season 8-35, dead last in their conference with just a pair of wins in 20 contests and their head coach unceremoniously resigned after the season. It was a discouraging result for a team which had won 46 games and captured the National Christian College Athletic Association just four years prior.

In hopes of reversing their exponentially diminishing results, NGU took a flyer on Landon Powell. While Powell had a tremendous pedigree as a player as a former South Carolina All American, first round draft pick and MLB player, his experience as a coach was minimal. He had only been a volunteer assistant coach at nearby Furman for less than a year when he was hired to take over the program. However what he was missing in experience, he made up in character, contacts and motivation, which made him perfect for the position.

In less than a handful of seasons under Powell’s direction NGU has become one of D-II baseball’s teams to beat and, after taking two from highly ranked Northwoods last week, are in the doorstep of being ranked in the top 10. The position could be solidified this week as they visit Belmont Abbey in a clash of nouveau powerhouse teams positioned in the top 15.

While they are plenty of players to pour kudos on, a extra special tip of the hat must go to Canaan Cropper and John Jones, a pair of transfers from Landon’s alma mater USC. Cropper had mixed success in Columbia, but never quite found his groove or earned the innings he’d hoped for after being the second rated high school prospect in Maryland. Jones had an explosive start with the Gamecocks, twice earning SEC Player of the Week, but his stats suffered after his torrid beginning.

Both have admirably resurrected their careers and showcased their talent in a North Greenville uniform. Crooper has earned three wins and a save in seven appearances with a 0.56 ERA and 20 strikeouts in 16 innings while Jones is leading the team in batting at .473 as well as total bases.

Connor Grant, who played previously at the College of Charleston, and Tucker Burgess, who previously played at Clemson, are also contributing greatly, as is Ethan Garner, the 2016 conference freshman of the year, who redshirted last season as he recovered from Tommy John surgery.

Continue to watch UNC Pembroke whose offense is putting up monster number at the plate. The Braves swept Lander last weekend, averaging 15 runs per contest. UNCP has scored double-digit runs in nine of 12 games this season.

New to the rankings this week is Wingate who swept three games from Lincoln Memorial. Their inclusion makes for three South Atlantic Conference teams as they join Catawba and the Railspliters in the Top 25.

Faulkner continued their stranglehold on the NAIA’s top position in the rankings by earning a pair of lopsided wins over previously ranked Clarke as well as a well-earned win on the road against Georgia Gwinnett. With the victories the Eagles can now claim seven wins over teams that were in the preseason Top 25 as they swept Northwestern Ohio the week before. With upcoming games against Talladega, Brewton-Parker and Stillman, Faulkner should have no problem continuing their winning ways.

Kudos to head coach Patrick McCarthy for his fearless non-conference scheduling. The Eagles will be well prepared when they face a stacked Southern States Athletic Conference schedule featuring Mobile, William Carey, Middle Georgia State and Blue Mountain, who are currently a combined 56-13.

The early season results have not been kind to ranked teams from the Midwest, namely Clarke, Missouri Baptist and Bellevue. Each of the trio started the season in the top 15, but the Pride and Spartans have already been abruptly removed and the Bruins aren’t looking quite up to snuff either.

It wasn’t until April 29 when Clarke lost their 10th game of the season last spring – this year they did it in just their 11th game of the season. Again, high praise to the head coach for setting up a testing pre-conference schedule, but while they shouldn’t have been expected to be undefeated at this point, they certainly weren’t forecast to be 10 games underwater.

At Missouri Baptist, head coach Eddie Uschold thought this year’s club was going to be one of the deepest he has had the past few seasons. While they indeed may be deep, they’re not producing as the Spartans have a 5-10 record so far this young season. Things are not looking promising for either of these clubs, but fortunately they both plenty of time to turn it around.

That leaves the Bellevue Bruins, the most enigmatic of the three, left to discuss. The Bruins have six position players and three starting pitchers back from a team that won 51 games last season which earned them the No. 3 position in the preseason rankings, but their results so far are as up and down as an electrocardiogram chart. They started the season with a lopsided 21-0 spanking at the hands of second-ranked Oklahoma City, but rebounded to defeat the Stars the next day. However then BU lost a game to perpetually woeful Texas College by practically gift-wrapping the Steers the win by committing six errors and issuing wild pitches which cost them the game.

Bellevue next took two of three on the road from a good, but not great Tabor team which evened their record at 3-3, a mark which doesn’t look good by any means, but typically wouldn’t be cause for too much alarm this early in the season. However their current ranking consideration does not include a Tuesday loss this week which unquestionably would have tanked their position in the table.

On Tuesday Bellevue was manhandled by fellow Nebraska club Doane, as they were endured a 15-1 drubbing. The Bruins need to fix their wagon quick because they’re headed to Florida this weekend to play 10 games in eight days. Their performance there will go a long way to demonstrate if their lackluster start is simply an inability to shake the winter rust off or if there is something flawed about this year’s team.

Two teams that are exponentially rocketing up the rankings are Southeastern and Middle Georgia State. Both teams had solid seasons last year, but lost a lot of their prime performers in the offseason, especially SEU. Head coaches Adrian Dinkel and Paul Knight deserve mad props for reloading their rosters with ready-to-go talent and meshing the incoming recruits with the established players. The two teams were a combined 34-4 after last week with no end in sight for their wining ways.

With most teams still only playing a limited number of games so far (over half of the Top 25 has played two or less games), it’s still too early to put too much stock in any team’s performances so far this season. Accordingly, there has only been a slight jostling of the rankings with nothing particularly of interest so far. No team has looked partially impressive or lackluster, although Randolph-Macon looked legit in their three wins last week, including a pair over Alvernia, who is a preseason favorite.

Individually, Greg Schneider of Frostburg State is looking absolutely brilliant on the mound. In 13 innings he’s only allowed four hits and a walk, which is pretty dang stunning by itself, but most impressively he has struck out 30 batters for a 20.76 K/IP ratio. If he were to somehow keep up that pace it would surpass the 19.1 strikeouts per nine inning record established by future MLB seven-time All Star Billy Wagner when he pitched for Ferrum back in 1992.

Another improbable statistical occurrence happened in the doubleheader between Hood College and Penn State Brandywine over the weekend. During the pair of games the Hood Blazers stole 19 bases, 13 of which were in the opening game. The six stolen bases in the second game would have set a school record had they not had the baker’s dozen in the first game. So far this season the Blazer have out-swiped their opposition 28-to-1.